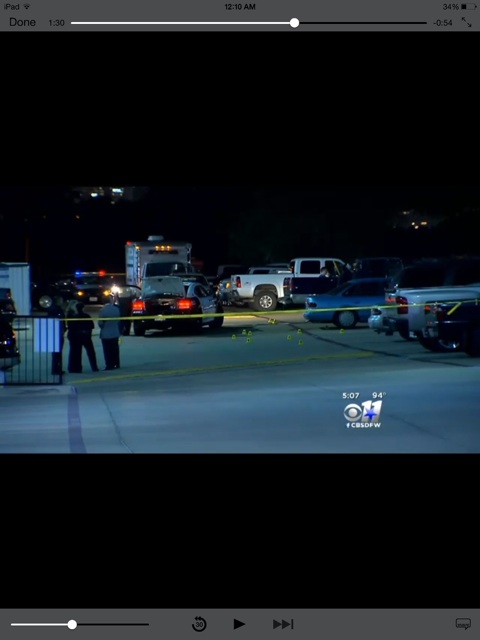 This story was submitted by a relative of Terry Groessel, who was the third person killed by Dallas police employees in two weeks. It was shared, in an effort to put-forth a version of events that didn’t originate from the shooters or their friends, via the form at CopBlock.org/Submit.

The family has started a GoFundMe campaign to to raise money to start a lawsuit against the Dallas Police Department.

On the morning of 8/21, I received a text from my cousin asking me to call her. When I did, she explained that she just got word that Dallas Police Department shot and killed our Uncle Terry Groessel the night before at the Grand Hotel in Dallas.

Dallas police employees stated that the police were in the parking lot of the Grand Hotel scanning license plates, looking for stolen vehicles. They believed, for some reason, that Terry’s truck was stolen (had they scanned his plates, they would have immediately found out that it was NOT stolen).

Terry was living at the hotel at the time. Many news articles were attempting to justify his murder by slandering his name and listing his past crimes (including being a registered sex offender for having a 17-year-old girlfriend 20 years ago). He paid his time for his crimes, and was a changed man.

According to the police, we’re supposed to believe that the 20+ bullets shot at him didn’t end his life! but that a final shot by his own handgun was what ended his life. This is absolutely a lie, and my family has found two witnesses that say it was more like 40-60 bullets that Dallas police employees shot at him, it sounded like fireworks, and the police were 5-6 feet away from him while shooting (NOT by the squad car, as DPD reported).

After the first round of bullets, Terry was still alive, according to an eyewitness, with his hand(s) in the air as if he were surrendering or crying for help, then the second round of bullets were fired at him. Rather than calling an ambulance, the police waited 10-15 minutes before going to even check to see if he was actually dead.

According to both witnesses, the police were going throughout the hotel, telling people to go back to their rooms. They also had everyone who had photos or videos to turn them over to police, and then delete them.

The family is now trying to prosecute either the involved officers, or the Dallas Police Department. We feel like we have enough evidence for a case, and we have started a campaign to fund all incurred legal fees for this: http://www.gofundme.com/e6mobc

We need an excellent lawyer in the Dallas/Fort Worth area. Once we have a lawyer on retainer, we can obtain the police report and autopsy report, which have been behind red tape for the family since the incident.