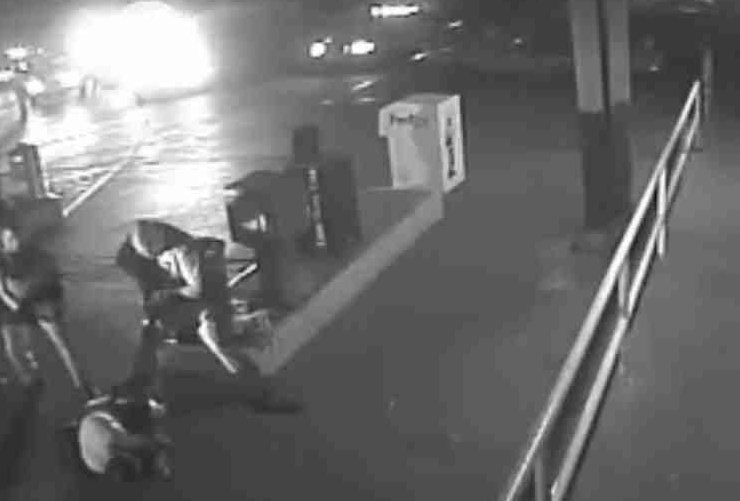 Ismael Valdez shared the information below via CopBlock.org/Submit with the statement: “PLEASE HELP US EXPOSE THE MURDERERS IN LAREDO POLICE DEPARTMENT!!!” Though the incident he addresses – the shooting of Jose Walter Garza – was touched on recently here at CopBlock.org, his post is much more thorough than was the original as it includes video interviews of witnesses. This information deserves to be shared to help focus accountability on the killers who wore Laredo police badges.

Jose Walter Garza was a local schizophrenic, homeless man. He had at least 30 previous arrests by Laredo Police. Earlier that day/night, Laredo Police Officers had confiscated a pellet gun from Jose Walter but did not arrest him. At 1:45 AM, somebody called 911 and reported a man armed with a gun at “Gateway Truck Stop”

Over two dozen cruisers arrived, and at least 6 police officers, 5 of them armed with AR-15s, fired between 60-80 rounds at Jose Walter Garza sending truck stop clients running and diving for cover.

According to LPD and local media:

The gate guard, Julio, encountered a Wal-Mart bag outside the truck stop with what appeared to be a gun. Julio inspected the gun and found out it was a pellet gun. Jose Walter came back outside after buying some cigarettes, and Julio told him he had to put away the gun or leave. Jose Walter borrowed a lighter from Julio and complied with his demands. Jose Walter sat down outside the truck stop and kept drinking his bottle of wine while listening to headphones. Eventually, as Julio is patrolling the truck stop he runs into Jose Walter again. Jose Walter requests to borrow a phone charger from him, but Julio said he got preoccupied assisting truckers that he forgot to return with the charger. Julio states he did not call the police on Jose Walter because he was not being disruptive or bothering anyone. He says he was in the guard shack when he saw police officers arrive through the camera. He says he went outside to investigate and noticed the cops were already pointing their weapons at Jose Walter. Jose Walter was facing away from the cops (possibly passed out drunk) and had ear phones on. Julio then went around and informed 2 police officers the gun was fake. Both police officers told him to stop interfering or they would arrest him. Julio said he was planning on running in and taking the gun away from Jose Walter since he knew it was fake but he was scared of getting shot. He says the police didn’t negotiate and before he got to warn anymore officers the gun was fake, they riddled Jose Walter with bullets. Julio says Jose Walter NEVER pointed the gun at officers. Julio states the officers kept firing after Jose Walter’s body hit the ground. 2 officers can be seen fist bumping in the video and 1 of them took a picture. According to Julio, more officers were high fiving and fist bumping each other outside camera angle. Julio saw Jose Walter’s face blown off and says he has gone through mental trauma.

Laredo Police employees held a press conference and denied Hector Cubillos (the man who interviewed the guard and CFO) and us entrance. Half a dozen to a dozen of protesters, including myself, have assembled at crowded intersections and outside the police department.

Victor Trevino, the CFO, backs up the gate guard’s story and claims his customers report the same story.

Editors Note: If you know more about this incident please speak up. Comment on this story, reach out to the creator of the Youtube videos, who clearly is working for transparency, or reach out to known police accountability groups. If you wear a Laredo police badge and know what happened wasn’t right – align your actions with your thoughts. That – not remaining silent – is heroic.