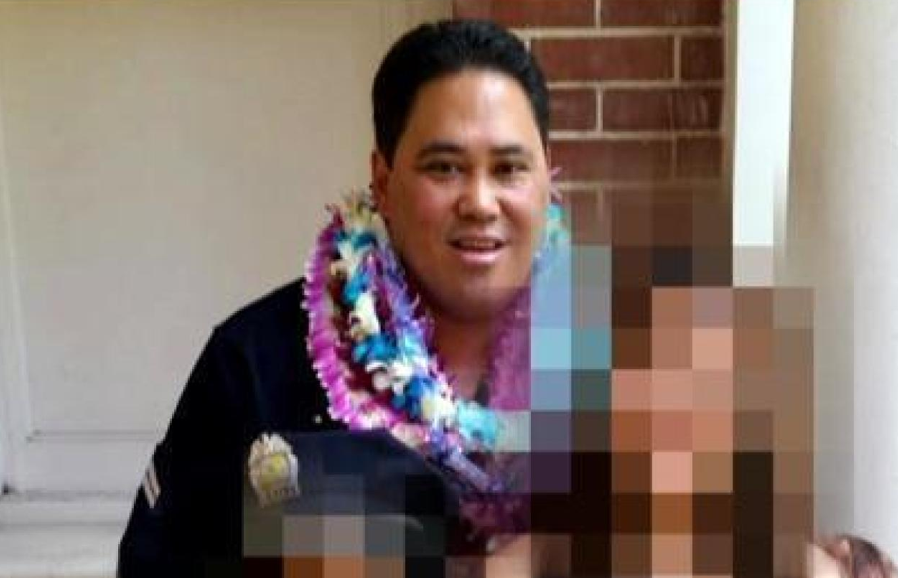 This content was shared via CopBlock.org/Submit, which documents an abuser who happens to wear a badge. Statistics show higher rates of domestic violence in relationships involving police employees – that may not be too surprising, as communication skills are trumped by escalation of force when “just doing their job.”

From related coverage at HawaiiNewsNow.com:

A recently-promoted Honolulu Police Department sergeant with a history of domestic violence accusations is under internal investigation after a security surveillance video surfaced showing him apparently beating up his girlfriend in the Waipahu restaurant where she works.

But the girlfriend told police investigators and Hawaii News Now it was a “misunderstanding” and the two were “just playing around.”

Just playing around?? I hope Deberah chooses to step back, realize the gravity of the situation, find the self-worth needed, and remove herself from that violent situation.

It’s mentioned a couple of times in that video that Cachola may be no longer be a Honolulu police employee because of this incident. Is that true, or is that just tough talk for the media when attention is focused there way? We’ll see…

Also, what, if any accountability will be directed at Cachola’s colleagues who responded, but failed to even start a case. I bet, if the woman hit were a police employee, and the aggressor was you or me, there would not only be a case, but we’d be caged.