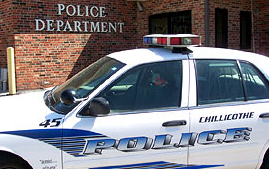 The following was shared by Thomas Woody, who is active with North Missouri Cop Block, via CopBlock.org/Submit. Woody noted, “Cody McClintick was a recent victim of the ‘War on Drugs’ and survived! No victim no crime!“

In July of 2014, Cody McClintick was stopped by the Jody Huber of the Chillicothe police outfit, on what he called a ‘routine stop’ for having a crack in the windshield of his vehicle.

Upon being stopped, McClintick, wishing to be civil and straight forward, immediately informed the officer of the firearm that he was carrying for his protection. For reasons unknown to him he was detained and illegally searched, probably because the officer felt empowered to do so because of the firearm.

The illegal search did turn up substance that state agents later claimed was illegal to posses. Huber proceeded to kidnap Mr. McClintick, and steal a majority of his belongings.

Mr. McClintick was told that he needed to spend time in a cage for not harming anyone and was brought to the Daviess/Dekalb Regional Jail, which has a bad reputation from allegations of abusing inmates and wrongful deaths.

Mr. McClintick was lucky to have a lawyer, not a public pretender, that cared about the Constitution – the same document the officer who caged him claimed to uphold and defend! His lawyer fought hard for justice, and justice prevailed! After a two month stay Mr. McClintick was uncaged, without charges!

Mr. McClintick has advised me of his intent to file a civil lawsuit against the police department for their blatant disregard and violation of his rights!

No Victim, No Crime!