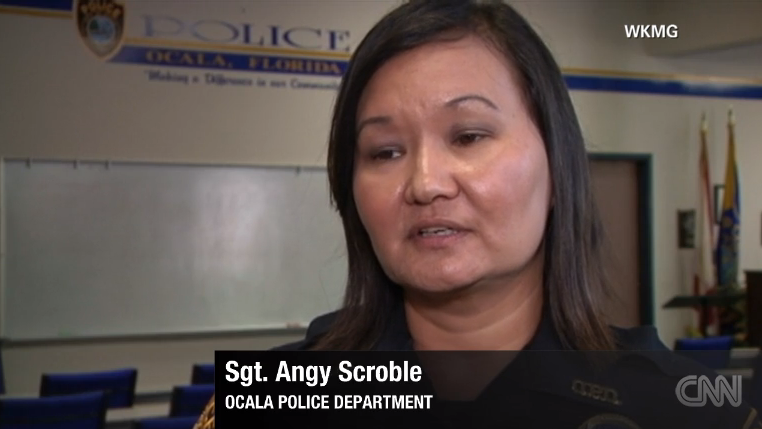 This post was shared anonymously via CopBlock.org/Submit by a person who thought it an undesirable sign that police became involved in a situation involving teens at school that caused no victim.

Two school children, aged 14 and 15 are given police citations for ‘sexting’ a fake nude photo of a girl in their school. They found the photo on Instagram. While not as violent as a normal CopBlock post, it is part of the worrying trend of police in schools.

Treating teenage misbehavior as a criminal matter instead of allowing school administration to deal with the problem, which is their job, merely creates younger criminals and instills distrust and fear into teenagers.

These kids were a few button pushes away from joining the sex offenders registry, as the officer subtly threatens in the CNN video included.

Editors Note: Ange Scroble, the police employee shown on that video, stated, “They [the students] get an opportunity to have a lower-level penalty for what they’ve done and to learn from their mistake.” Huh? Who exactly is the victim? What was their mistake? The photo shared was not of a person in their school – and even if it was, should it have involved police?

On the homepage of the Ocala police outfit it notes that employees are “committed to protecting live and property” – how exactly does taking possession of the phones of some people, and giving them ransoms for pictures on those phones, amount to protecting live and property? And keep in mind that it was an Ocala police employee based at the school – the so-called “liaison officer” who started the wheels in motion to reach this stage…