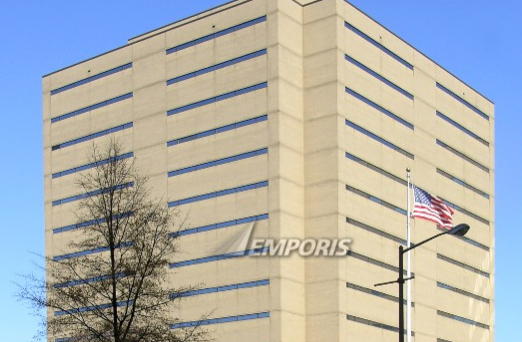 Lori Muir shared the information below via CopBlock.org/Submit about two unnamed Jefferson County (AL) Sheriff’s employees responsible for the death of Ricky Deangelo Hinkle, a man in their custody inside their facility. Such an incident should never happen, were those sheriff employees really to uphold their stated mission, “To Keep Your Neighborhood and Your Community Safe,” but clearly they choose to make compliance their priority.

FYI, this “protective cell” means they strip you naked first, and throw you in a cold hard cell, just so you don’t hurt yourself while in custody, and is also used as punishment.

Often they keep the mentally ill down there too, so it’s literally hell I’ve heard. Who wouldn’t resist being tossed in the hole!

The man is dead….over a parole violation – what was it Jefco, he didn’t have your money for fines, so you hunted him down and locked him up again?

Seems the police have turned into revenue collectors for the courts…., the new economy in Jefco…jail for cash, or die, you choose.

The write-up from Martin J. Reed at AL.com noted,

The Sheriff’s Office said Alabama’s State Bureau of Investigation has been called under a policy to examine jail deaths.

Oh – that’s sure to be unbiased, right?

Editors Note: The Jefferson County Sheriff’s Outfit seems not too atypical from other such apparatuses – motivated to grow in size and scope at the direct inverse of the rights of those who are claimed protected. Pretend an “investigation” is being done until focus is elsewhere. Pretend to stand for transparency yet fail to make public the names of those who killed Hinkle. The head-honcho of the Jefferson County Sheriff’s Outfit, Mike Hale, like any politician, works to get his name out there front and center at every opportunity – it’s probably included on their website ten-fold times more than words such as “justice” or “safety”, and it’s even stenciled on a Corvette somehow in their possession (perhaps stolen from someone?). Under his guidance, the Jefferson County Sheriff’s Outfit maintains  not one jail, but two jails, where their site boasts, over 43,000 are annually processed. I wonder how many of those 43,000 are kidnapped and caged for actions that have no victim? Does the death of Hinkle sit well with Hale or does he victim blame and work harder at spinning the story to maintain the perceived legitimacy of his operation, which thrives only when others are subjugated…