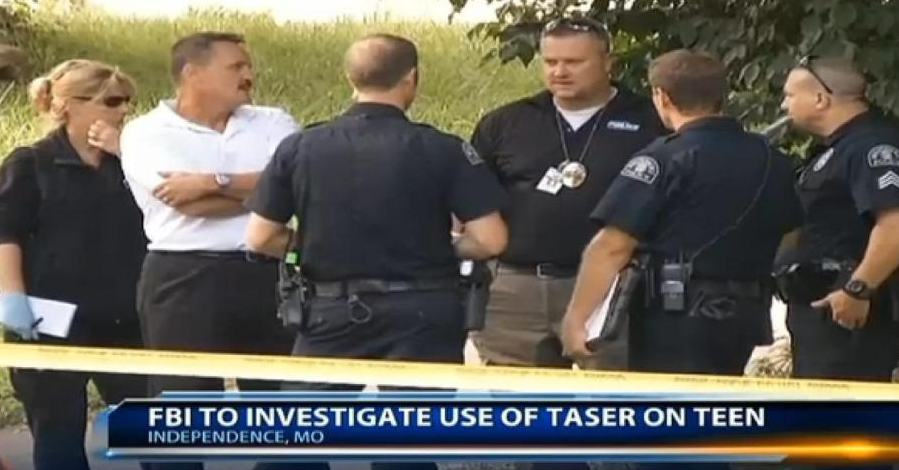 This incident was shared via CopBlock.org/Submit by multiple people concerned about the treatment of a teenager by an aggressive police employee.

Bryce Masters, a 17-year-old was in critical condition after Tim Reynolds, employed at the Independence, MO police employee used excessive force against him on Sunday, September 14th.

Masters was stopped due to a non-crime – the tags on the vehicle he was driving. When Reynolds ordered Masters to roll down his window, Masters stated, “I can’t roll down my window, it’s broke”- something a witness, Curtis Martes, collaborated as having heard.

After Masters opened the door of his car, Reynolds tased him and pulled him roughly pulled him from the vehicle. Masters head slammed off the pavement, and Reynolds kneeled on him.

David Lohr wrote at the HuffingtonPost that:

“You could tell the kid was going into convulsions,” witness Michelle Baker told Fox4kc.com. “[The cop] turned him over and his head was dangling … and he had blood coming out.”

Masters was transported to CenterPoint hospital, where he reportedly remains listed in critical condition Monday, with swelling in his brain.

This situation involving Bryce Masters has a similarity with another well-known instance of police employee abuse – that of the killing of Kelly Thomas by Fullerton police employees Jay Cicinelli, Kenton Hampton, Manny Ramos, Joe Wolfe, James Blatney, and a sixth colleague – as his father, like Kelly’s, is a police employee. The institutionalized violence of the police apparatus is now so great that even the previously protected class are seeing their own loved owns fall victim.

Now, employees of a bigger gang – the FBI – are investigating. Just another public relations move to quell justified discontent at the “service” provided by Tim Reynolds and his colleagues running damage control at the Independence Police outfit? We’ll see…