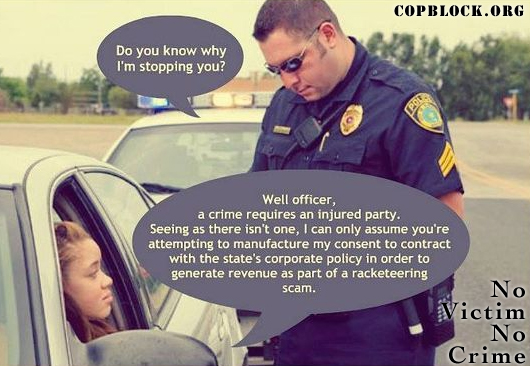 Catfish shared the information below via CopBlock.org/Submit, which delves into a shake-down racket by four road pirates who wear Houston Police badges.

Four cops handing out trumped up traffic tickets to hundreds of drivers in the Houston, TX area. Each of them falsifying whiteness on each other’s paperwork so that they can wrack up court appearance overtime. Hundreds of cases being dropped. One cop commits suicide.

From KHOU.com coverage by Jeremy Rogalski:

Editors Note: Think about it – some men who subsist on stolen money were not satisfied when their “legal” ability to shake down peaceful travelers, so they manufactured incidents to together, demand hundreds of thousands more, and for that, they’re being called out. How about we pull back the curtain and see through the charade that says it’s ok for anyone to steal from another?