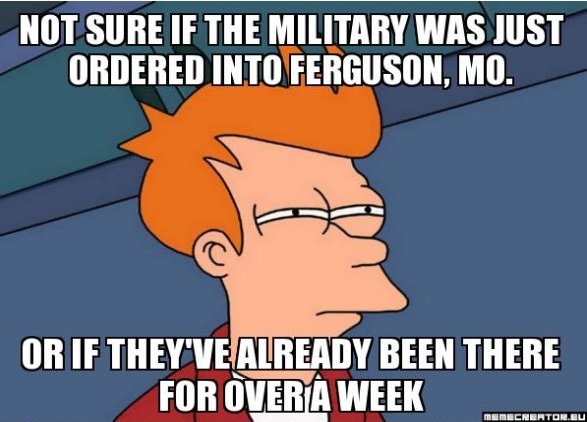 Note: This post was originally published at the Nevada Cop Block site.

After the heavy-handed and overzealous response to protesters by Ferguson police put the militarization of police in a national spotlight, it is becoming increasingly apparent just how much of a dotted line the boundary between the police and military has become over the past few years.

As Las Vegas’ CBS affiliate reports, Nevada police departments have been doing their share of feeding at the trough of leftovers generated by Washington’s perpetual wars over the past 20+ years:

“RENO, Nev. (AP) — Law enforcement agencies in Nevada have accumulated $11.8 million worth of military gear from the Pentagon through a surplus program under increasing scrutiny since the police response to protests over the killing of an unarmed Missouri teenager.

Defense Department records show over the past 17 years Nevada officers have received about 300 semi-automatic rifles, a half dozen mine-resistant and armored vehicles, three helicopters and a pair of grenade launchers.

Tod Story, head of the American Civil Liberties Union in Nevada , says the militarization of local police sends the wrong signal to communities where officers are supposed to protect residents, “not assault them.”

Washoe County sheriff’s spokesman Bob Harmon says the Huey helicopter worth nearly $1 million they obtained in 1997 has helped save many lives during rescue and firefighting missions.”