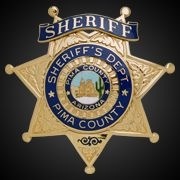 This post was submitted via CopBlock.org/Submit by Dylan, who’s active with Tucson Cop Block.

Kudos to this sheriffs deputy for using non-deadly force, even though that should be a standard… It seems to me like this officer took full understanding of the entire situation before acting. Deputy Kevin Gardner I hope more LEOs follow you as an example. Thanks!

The man pulled a 6inch folding knife on the deputy, and then he “immediately stepped back and drew not his gun, but his Taser.”

“I want to keep him in the position to where I can maintain control without having to go to deadly force … That’s obviously the last resort I want to go to.” – Deputy Kevin Gardner

I also give the deputy kudos for realizing the guy may not have been in the best mental state. If more cops did this, there would be a lot less mentally ill being murdered by police..