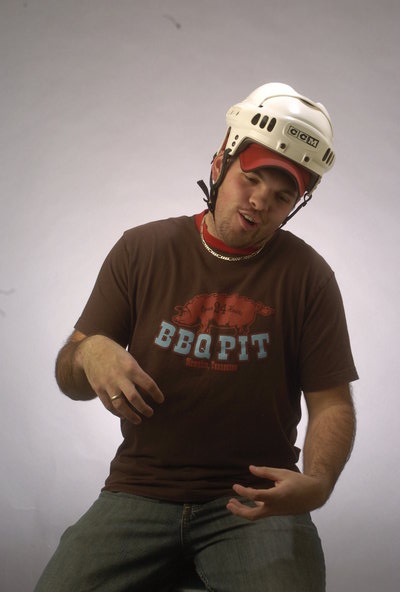 The information below was shared via CopBlock.org/Submit by Allison Griggs, who seeks to inform others in her community about the subpar actions of someone who – at least according to the website of his employer – protect the citizens of Marshall County.

This deputy sheriff, Robert Vester, from Marshall County, Lacon, IL, is posing here in this picture, pretending to be a disabled person. This is one of the only pictures you can see on his Facebook page.

Robert, not only was pulling multiple cars over at the Summercamp Festival, but he was doing illegal searches and confiscating phones, etc. After he arrested multiple people for no reason, we started investigating him because of the way he treated people (along with his co workers). Compete abuse of power. He is messing with people’s lives and costing then gobs of money.

Nowhere is it ok to imitate a handicapped person, let alone someone in his position to be doing it. He is supposed to be helping the community, not hurting people and making fun of the helpless!

Please, please, post this picture and bring awareness to this horrible situation!

Editors Note: Prior to posting this I checked the Marshall County Sheriff’s website, to confirm that Robert Vester was in fact employed there. Upon finding that the site lacked the employees’ names (save for the head-honcho Robert E. Russell). Thus, I decided to call to confirm. On Saturday, September 20th, I called the Marshall County Sheriff’s Outfit (309.246.2115)and asked the gentleman who answered the phone whether a man by the name of “Robert Vester” was employed there. I was greeted first by silence then was asked my identity. I stated that who I was not important to the information sought, which should be public. I again asked if Robert Vester worked there and was again asked my identity. I then asked the gentleman I was speaking with if he was Robert Vester and was told “No.” I then asked if he had a colleague named Robert Vester and after a silence, was hung-up on. I called back, and someone else answered. I asked that person if a Robert Vester was employed there and was told “Yes.” Why the difficulty