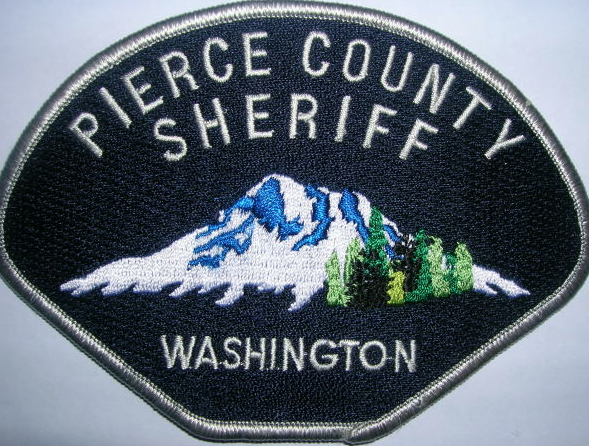 Silis Verdant used the form at CopBlock.org/Submit to disclose the way he was treated by Piece County Sheriff employee Bray and an unknown Bonney Lake Police employee, who acted not to protect his rights, but to violate them.

My rights were violated by Deputy BRAY # 12019, Pierce County Sheriff. I was assaulted, my property was illegally seized and illegally searched, AND he revoked my right to FREEDOM OF SPEECH!!!

09/27/14 – I come home to see Police and Firefighters in front of my home. I get out of my car and start filming with my phone. As I walk by the officers (yes I pointed my camera at them) to film a smoking car, I get yelled at to get back. I started walking back, and started asking for names and badge numbers. Bray did give me his.

As I started walking towards Deputy Bray’s side to catch the Bonney Lake officers info Bray snatched my camera out of my hand and grabbed me by my collar.

I told him that he was assaulting me. He seized my camera, placed me in handcuffs, arrested me, and wrote a citation for obstruction of law enforcement 9A.76.020 .. WHAT!?!? They engaged me, not the other way around.

Then, after he gave me my ticket, he let me know that if I practiced my freedom of speech (of course, not in those words – dash cam, if turned on and not destroyed, will show Bray telling me not to make a word) he would put me into the back of his vehicle and have me jailed. Great intimidation tactics.

If I had something else to film the scene with, I would have spoken out as I know he would have arrested me for exercising my rights yet again. He already did once. NO PART OF THIS IS LEGAL!!! Amendment rights I, IV, V were all violated while a Bonney Lake officer failed to intervene – police misconduct. But of course, they’re all above the law..

I bet there’s no video on my phone when I finally get it returned. Our police need more accountability!!! I don’t care if they have to file a report every time someone says ouch, most of the civilians should not be put into these situations of dealing with unlawful police. I am no artisan of the law, I simply know the basics. And if I know enough to point out that police are doing wrong, so should themselves, the cities, the counties, and the states.

Editors Note: Silis – you’re encouraged to reach out to known Washington-based police accountability groups, as those involved may be able to help you get your property back, and to focus attention on the aggressors.