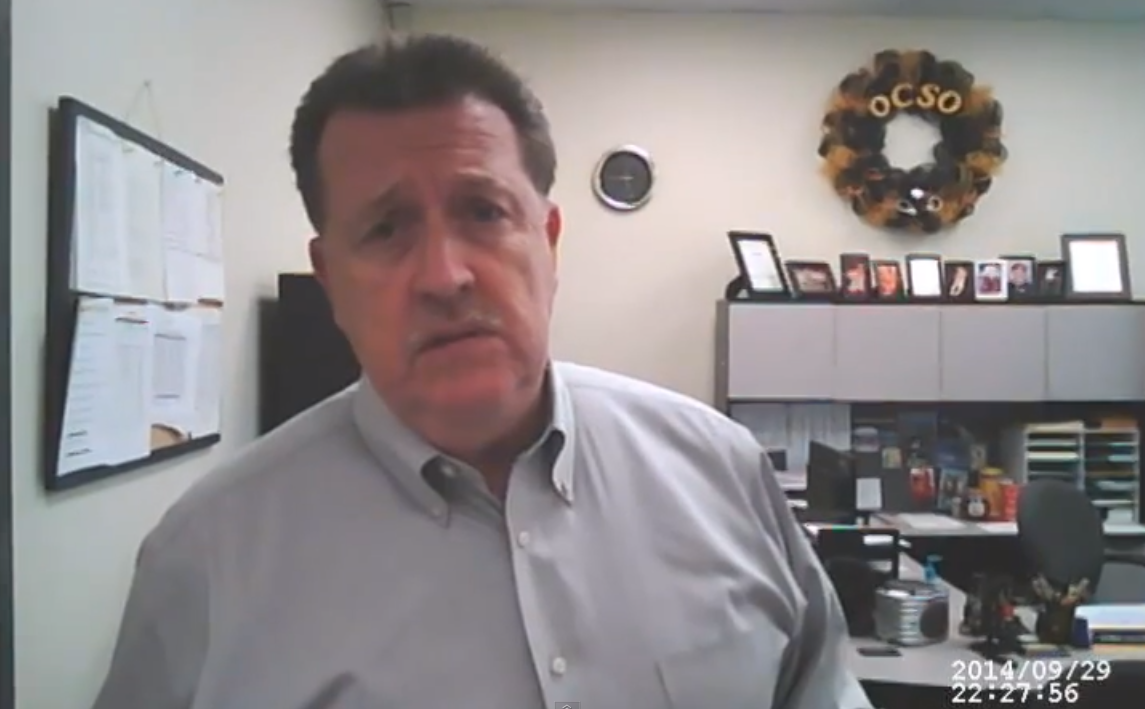 Larry Kiddey, who’s involved with Belmont County (OH) Cop Block, shared the information below via CopBlock.org/Submit about his interaction with Pat Butler, the head-honcho of the Ohio County (WV) Sheriff’s outift. Perhaps Butler should review some of the content and ideas at CopBlock.org/WelcomeLEOs…

I went to the Ohio County Sheriff’s Office on September 29, 2014 to file a formal complaint against 2 deputies. Deputy J. West and Cpl. Haglock both employed by the Ohio County Sheriff’s Office. The nature of the complaint stems from a video I shot of a traffic stop on September 25, 2014. Deputy West and Cpl Haglock violated my civil rights under the 1st Amendment by interfering with my video recording of a traffic stop and for their using intimidation tactics to try and get my identification when there was no legal duty under WV statute to provide ID.

I met with Sheriff Pat Butler to submit the complaint. He asked me the nature of the complaint. I was under no obligation at that time to answer any of his question. i told him that everything he needed to know was in the complaint and the video of the incident that I was submitting as evidence and that I was not answering any questions.

View for yourself how unprofessional this Sheriff acted and how negligent he was in not executing his duties as an elected official by refusing my complaint.