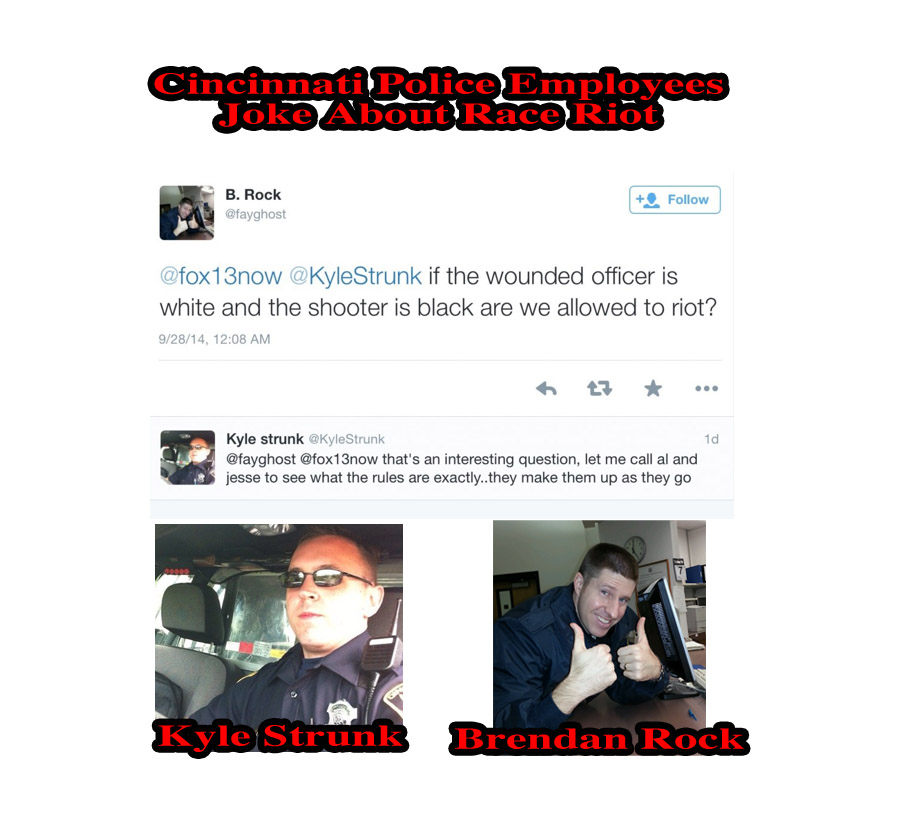 This content was submitted anonymously via CopBlock.org/Submit by a person concerned about the mindset of two Cincinnati police employees, per their Twitter exchange.

Very inappropriate behavior by these two officers especially officer rock who has a black wife and biracial children. Both of their Twitter accounts are open with pictures of themselves if the story is posted. Let’s see how the public and their chief feels about these two and their racist views.

Little is know about Officer Strunk besides public complaints. Officer Rock on the other hand is a bad cop who uses excessive force, lies under oath, illegal searches, false arrest/ complaints and the list goes on. Apparently Kyle Strunk plots how he would kill everyone he meets? And laughs about it? Kyle Strunk seems happy to steal money from those in the community to provide the “service” of him working out. Would you choose to hire either of these guys to help maximize justice?