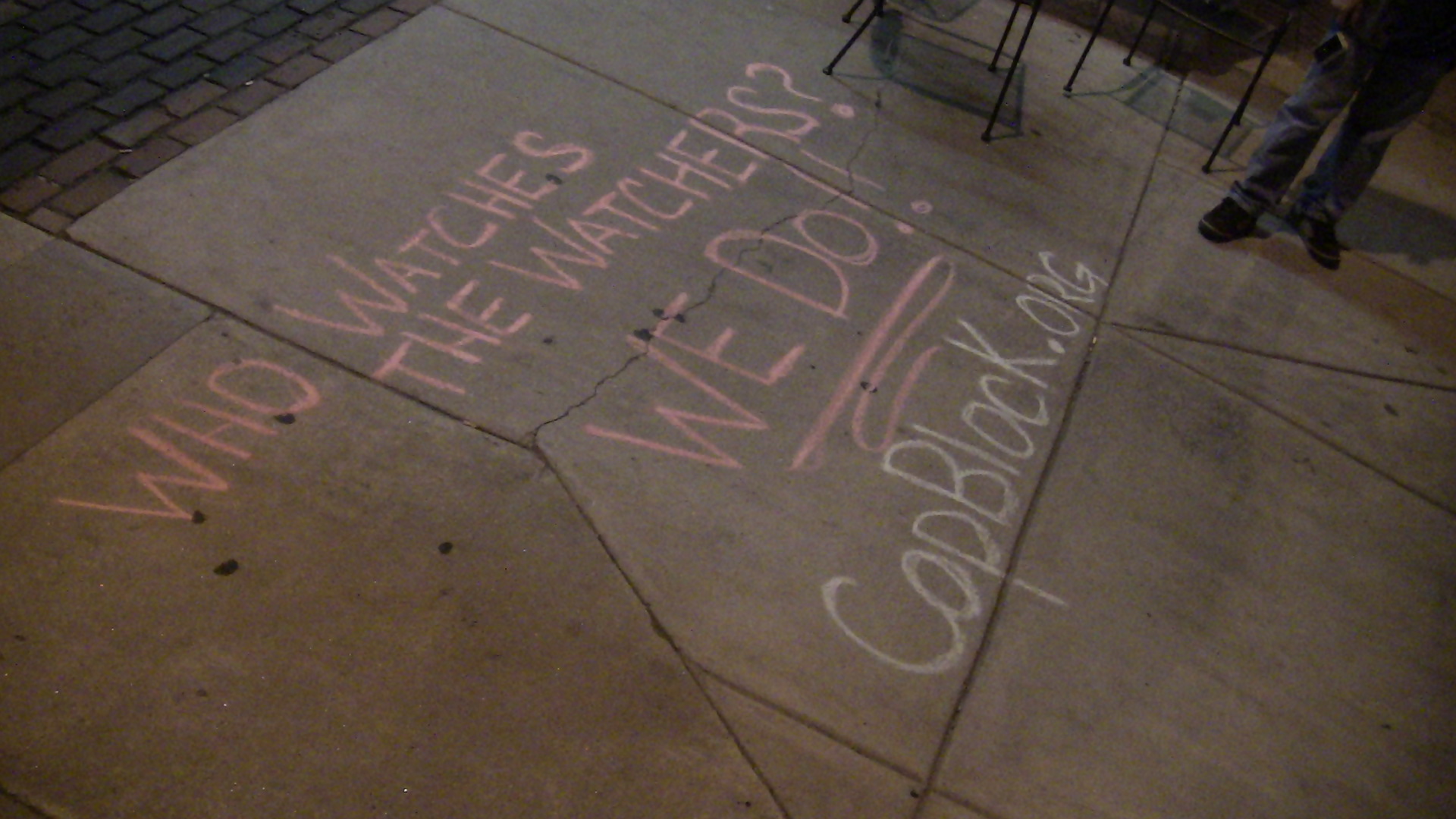 Pete and I, along with six others, were arrested by the Manchester Police Department in June. The alleged crime(s) that took place that day depend on who you ask. The eight arrested, dubbed the Chalking 8, were charged with graffiti, criminal mischief, disorderly conduct, resisting arrest and more. Yet, most would agree that in the ‘land of the free’ (or anywhere for that matter) you SHOULD have the right to peacefully demonstrate against government abuses.

While brainstorming things we, the Chalking 8, could do to bring awareness to police issues (and our arrest) in Manchester a “Chalk The Police” event came up. It’s a simple, cost effective way to demonstrate against police abuses while exercising your right to free speech/expression. After sharing the ideas with others, we decided to make it a National Event.

October 1st, 2011 is the first ever Chalk The Police Day (join the event on Facebook – remember to invite your friends). The idea is simple. Find an area on public property, a police station would be most fitting, and hold a demonstration. Bring children’s chalk and  chalk sayings, websites, quotes or anything you’d want the police to know on the sidewalk (or public property). Remember to bring your video camera and to contact us so we can put your event on the Chalk The Police page here at CopBlock.org.

This is a decentralized event so feel free to add, tweek or make your event about whatever issues fit your area. Again, feel free to spread the word on CopBlock.org’s Social Networks (FB, Twitter and YouTube).