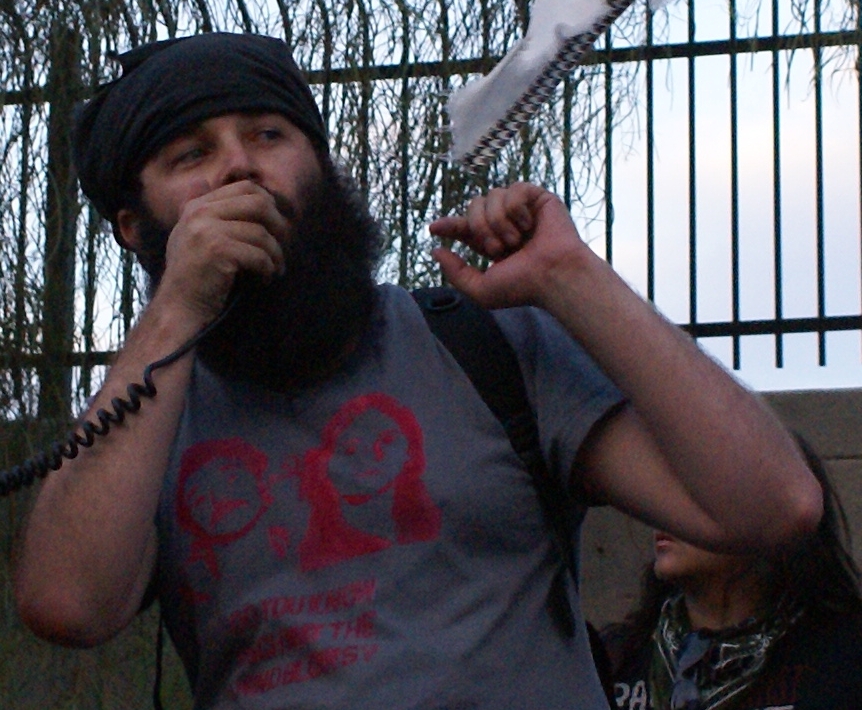 Otherwise, it has been reposted in its entirety as it originally appeared, which you can view here. Ballentine is one of the three members of the Sunset Activist Collective (along with Gail Sacco, who is not a member but has been a long time associate and supporter of both the Sunset Activist Collective and Nevada Cop Block, as well as other local activist groups, such as Food Not Bombs Las Vegas) that filed a lawsuit against the LVMPD over the August 2013 arrests of four people associated with Nevada Cop Block last week.

In this essay, Ballentine discusses the long history of and lack of accountability for violence by police within the Las Vegas area, as well as some of the many victims (both human and animal) of that violence. In addition, he discusses how corporations, especially Zappos and the various minimally disguised “shadow corporations” they have created to facilitate their monopolization and gentrification of Las Vegas, use the police to strong-arm local competition and the poor out of the downtown area in what often amounts to a mafia style protection racket.

Cole, unarmed, was shot in front his girlfriend while on his knees in his bathroom. His girlfriend, Sequoia, gave birth to a baby girl only five days later.

The pig that shot Trevon Cole was punished with a desk assignment. Cole was the third fatal shooting he was involved in.

I shouldn’t even know who Trevon Cole is. I shouldn’t know about Stanley Gibson, a gulf war vet who accidentally went to his old apartment building one night by mistake and paid for it with his life. Officer Jesus Arevello put 7 rounds from an assault rifle into Gibson’s head.

Stanley, like Cole, was unarmed. He and his car were boxed in, unable to be a danger to anyone.

In the last 10 years over 150 people have been shot by the Las Vegas police. A dozen stories I have heard detailing unarmed people shot by the police, some in cold blood.

Erik Scott was armed but by most accounts was not holding the pistol he was legally entitled to carry when he was shot outside a crowded wholesale super market. The police tried to blame his murder on prescription drugs and the store’s security camera footage was mysteriously never found.

Adding fuel to fires of police violence are businesses in the are which encourage a larger police presence downtown.

The Zappos Shoe Corporation, for example, has duped the local government into letting them “revitalize” the downtown area. Working with the city’s blessing and assistance, the company is spearheading gentrification in the area many of us have lived our whole lives in.

The media of course promotes this effort as though Zappos were some prophetic savior, come to rid us of the “dirty” and “unsafe” downtown, and, as usual, the police are front and center in this mafia-style protection racket.

Companies with more than one hundred patrons are now required by law to hire Las Vegas Police Officers as security, to aid in cleaning up the downtown corridor.

Of course, we don’t need corporations like Zappos to save our city.

We don’t want them having the ear of the mayor.

We don’t need the police to patrol our neighborhoods and escort Zappos employees to their cars after work because “they’re scared to be downtown.”

I am of the opinion that the police are an occupying force doing the bidding of the corporate state. And if you protect the rich, then you should be counted among them, as their willing puppet. Anyone with this desire is in effect the bloodied arm of the corporate overlords with its hand clasped around the throat of the people.

Small response to a big problem:

In response to the Gibson shooting, we in the Sunset Activist Collective created a list of demands against the city and the police department which listed, amongst other things, justice and compensation to the families of the murdered, resignations of the district attorney as well as that of Sheriff Doug Gillespie.

We called for an end to the militarization of the police force, who are now equipped with AR-15 rifles and an armored car that they proudly displayed during the last two MLK day parades.

We demanded an end to the tactic of “neighborhood saturation” which pours dangerous, steroid-amped police freshly home from Iraq and Afghanistan into the poorest neighborhoods and leaves the affluent suburbs pig-free.

Part of our outreach has included “chalking” against the Clark County Government Center, the county seat of authority and the main police head quarters a short distance away.

A few times a month, we sweat in the cold. We write the stories of victims most of us never knew.

As I took a bruised knee, dirtying my work pants to write “F@@K Pigs” upside down so that those pigs could read it from their office window, I notice Rhonda Gibson looking down and reading it. She doesn’t seem to mind the language.

I hope these actions help her cope with her loss, and give her some sense that not everyone is awful. Writing like mad on the sidewalk.

So, if you ever find yourself in Las Vegas, you might take a moment to ignore the neon and look down at your feet. The sidewalk is our horizontal, traveling monument to the victims of police repression.