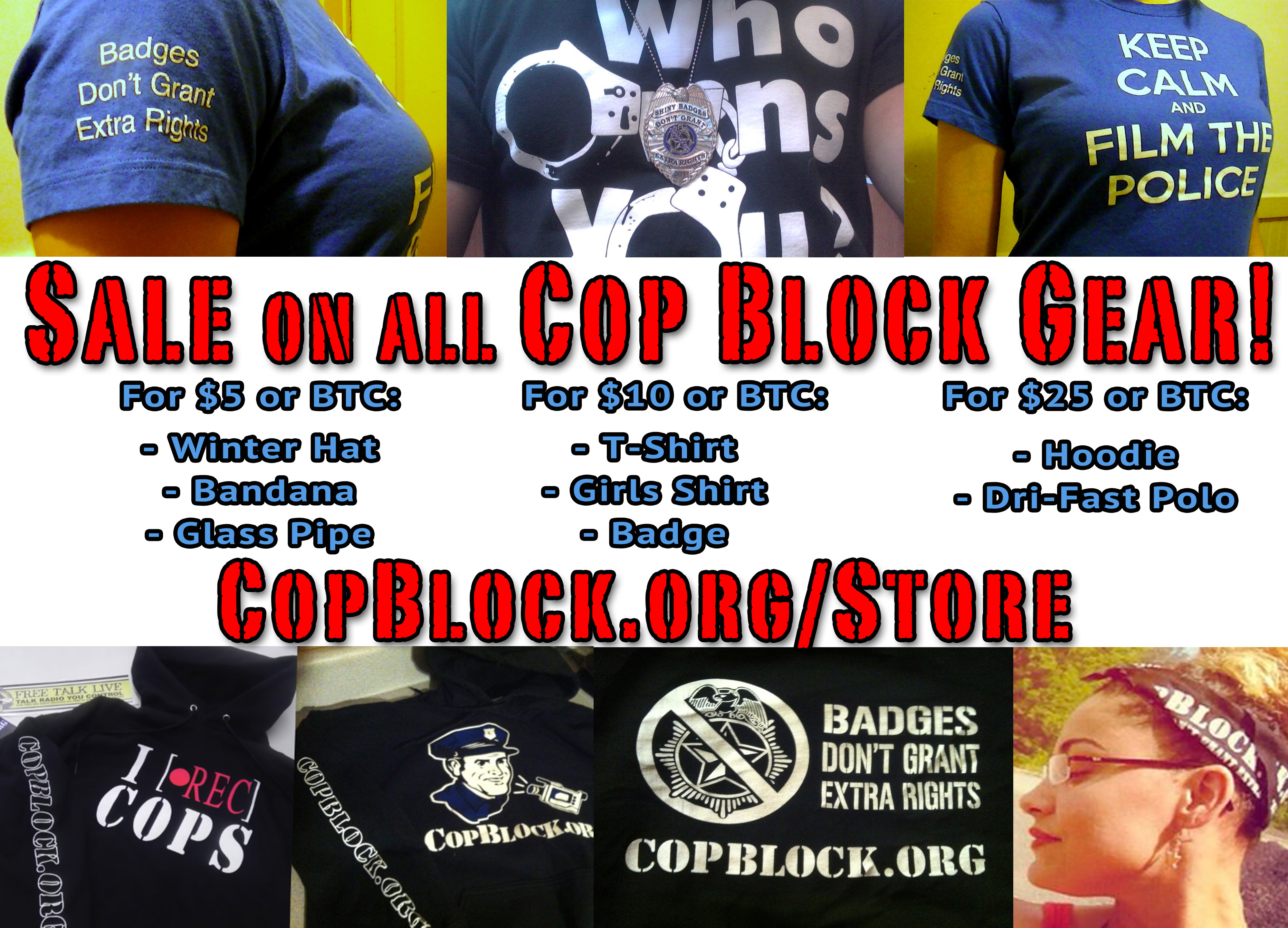 Nine days ago the sale of all Cop Block gear was announced.

In those nine days I’ve made four runs to the nearby post office and shipped 55 orders (three of which were paid for using Bitcoin!).

Many of those 55 orders included multiple items – the most common combinations being perhaps a hoodie and t-shirt, a couple girls shirts, or a winter hat and hoodie. Many badges and bandanas have moved as well.

Think of all the conversations that will occur, and the love that will be felt, as those 55 orders are received, and the attire is worn, and the outreach literature is shared. There’s no telling the positive impact that just one contact can have on another, and on oneself.

Inside each of those 55 orders were outreach materials – a handful of 3″ x 5″ flyers (visible/printable at CopBlock.org/Flyers), some business cards from Strike-The-Root.com and SunsOfLibertyMint.com, a Bitcoin Quick Start Guide from Bitcoin Not Bombs, a giant postcard from FreeKeene.com, a newsletter from The Voluntaryist, and a Cop Block sticker.

There still remains much in inventory with just over a week until the store goes offline, though already the handblown glass pipes is zeroed out, as are Cop Block XL hoodies, and the Girls Small “Keep Calm and Film The Police” shirt.

Again, the rationale for this change is to foster decentralization. Cop Block is more an idea than anything, thus the vector files used to create the gear is now, and will remain, accessible on the site, so that you or others active can utilize/modify to share ideas with those in your sphere.