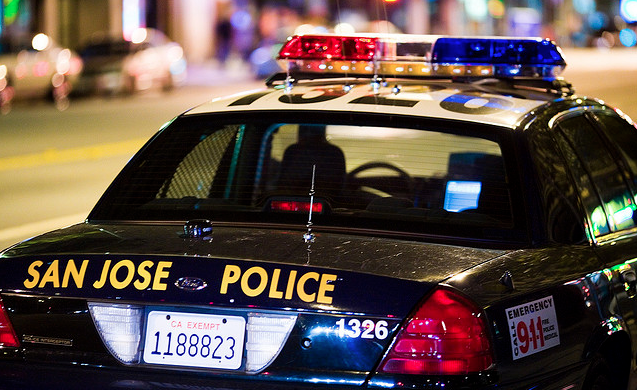 Cecilia shared, via CopBlock.org/Submit, a recount of the less-than ideal “service” she received from those who steal her money under the auspices of protecting and serving.

7:50 am on Monday, 9/29/14, while on my way to work, my car broke down. Two people came up behind me and offered “help”, then asked me to get them some gas in exchange. They helped me push my car to the side of the road at an ARCO gas station and offered to drive me to work. At that point I was so anxious to get to work, I could not judge if they’re actually “good Samaritans”; I hopped in their car and loaded my belongings in there. They then stopped by a 76 gas station since I only had credit cards on me. I got off the car, tried to pay at the pump, those two “good Samaritans” drove off with all my belongings.

I screamed, two cops getting coffee at the Starbucks right next to the gas station asked me what happened. I told them to please catch those robbers, but they did not get them. I kept on shouting out the license plate number, yet they did not record it down. An hour later, they asked me if I still remember the license plate number. I was extremely frustrated when they asked me, because I was shouting it out many times and no one recorded it down. They ask me after an hour after my trauma, and expect me to remember a license plate. Fortunately, they were able to get the surveillance recording from the gas station. Around noon time, they brought in six pictures for me to identify. I was able to identify the robber, the police also have identified these people.

However, it has been almost a week since the incident happened. I have been calling the San Jose Police Department everyday to follow up with the case. But every time I call them, they either transfer me to a number which only accepts voicemails, or they tell me that a police report takes up to 2 weeks to complete. I have also contacted local news stations, including, KTVU, ABC, KRON4, KTSF, and NBC. KTVU, KTSF, and NBC all have been contacting the police and the only thing they got back was “not able to locate the criminals”. The TV stations have also been asking for the surveillance recording, but the police refused to release it.

How was it possible that the police could chase a speeding car on a freeway, but not a criminal’s car on a small road? How could it be possible that they have identified the suspects, but still have no news regarding their location after an entire week? I understand that in an area as East San Jose, robberies like this happens extremely often. Police could care less if no one died. This case is not important to them at all, but it is to me.

I am a musician, student, and an intern teacher. I do not get money through work and I teach a limited amount of music students. I receive full scholarship to get my master’s degree in education at Santa Clara Univeristy while work full time with no pay at a high school to complete my credential. The robbers took all my belongings, which includes a guitar (an Epiphone by Gibson, which I bought with all my savings three years ago), an iPad which I borrowed from Santa Clara University (a $550 fine if iPad got stolen), one and only high quality bag I own ($100 worth), a camera which I have used for five years, music books from Italy, school books and assignments for grad school, my students’ assignments, and several USB’s which includes all my personal information.

The suspects know everything about me, they can break into where I live any day and perhaps kill me. I cannot sleep or eat while the criminals live on their lives.

Perhaps it’s expensive for the government to catch a small garbage criminal, but at the least get my belongings back because now I have nothing and those items are useless to the robbers. Where is the justice?

Editors Note: Indeed, though police employees steal year money under the guise of protecting you, they have time and again, been said to have no duty to protect you. Certainly, for revenue generation purposes, more resources and attention are allocated to targeting those who engage in victimless actions. And certainly, if the vehicle stolen would have not been Cecelia’s, but emblazoned with “San Jose Police” you can bet it would have been made a higher priority. Such is the JUST-us mindset inherent in the injustice system.