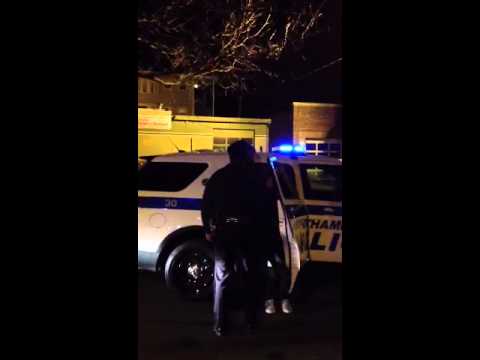 The content below was authored by The Festival Lawyer and posted at Fest3000.com on September 30, 2014. It is being reposted here to CopBlock.org as, like other content from The Festival Lawyer (A Cop Stops You at a Festival: The “Know Your Rights” Infographic from April 30, 2014 and What To Do if The Police Stop You at a Music Festival from February 25, 2014) it’s thought that it will be of value to many readers. This content is also now included at CopBlock.org/KnowYourRights.

You’ve Just Been Arrested at a Festival. Now What?
by The Festival Lawyer

Listen, no one wants to believe they’d ever get arrested at a festival. But a lot of events have ramped up their security over the past few months (heck, the New York Post called this year’s Electric Zoo a “day-glo version of North Korea”)—and more security means more arrests.

Since most folks’ knowledge about what happens behind bars comes from binge-watching Orange is the New Black, here are some tips to protect your rights and keep you safe in case you get arrested.

DON’T TALK TO THE COPS.

The most important thing I can tell you about what to do after being arrested is: Do not talk to the police or give a statement about your case. Ever. If you’ve been arrested, any officer interviewing you has already decided you are guilty and is talking to you for one reason: to get you to confess.

Police are allowed to lie and to trick you to get a confession. For example, a cop might suggest a set of innocent-sounding facts to see if you will agree to them: “Hey buddy, I know you weren’t selling drugs, I just think you gave some to a friend who kept bugging you for them, right?” This might not sound that bad, but in a lot of states, if you say yes, you’ve just admitted to a much more serious crime than simple possession.

Even if a police officer just wants to hear your side of things, there’s a real risk that something you say could be taken out of context or be misunderstood. Remember the “I shot the clerk” scene in My Cousin Vinny?

Bottom line: If you are ever questioned by the police, do not give a statement. Instead, calmly and politely tell the officer, “I am choosing to remain silent. I want a lawyer.” If you’ve ever seen the “Know Your Rights” tip cards we hand out at festivals, you know that one of the five tips is to never agree to be searched by the police.

Once you’re under arrest, things are a bit different. The police no longer need your permission or a warrant. At that point, cops are allowed to search not only your person but also the area within your immediate control to make sure that you don’t grab a weapon or destroy evidence.
Even with this rule, there are places or things that the cops will still need your permission or a warrant to search—the Supreme Court ruled this year that cops can’t search the contents of your phone without a warrant.

Bottom line: If cops are asking for your permission to search something, it means they don’t have the right to do it without your consent. Don’t ever give permission. Instead, state firmly and politely, “Officer, I do not give you consent to search me or any of my property.”

In animals, the primordial fight-or-flight instinct stems from the sympathetic nervous system. In humans, it often comes from too much tequila or too many Jägerbombs. Regardless, the instinct to fight or run when you feel scared or in danger is strong. But if you’re about to get arrested, it’s the absolute worst impulse you can follow.

Recently, a Los Angeles police officer wrote a piece called, “I’m a cop. If you don’t want to get hurt, don’t challenge me.” Some folks were offended by its tone but it’s worth reading. It expresses a lot of the common viewpoints of the average police officer: “Even though it might sound harsh and impolitic, here is the bottom line: if you don’t want to get shot, tased, pepper-sprayed, struck with a baton or thrown to the ground, just do what I tell you.”

Besides getting you hurt, most states make it a separate crime to “resist, delay or obstruct” a police officer doing their duties. People in the system use the term “contempt of cop” to describe when someone gets additional charges because they “flunked the attitude test.”

Bottom line: Don’t resist arrest or run. Above all, never put your hands on a police officer. You may end up getting injured, or with more charges.

DON’T TALK ABOUT YOUR CASE.

Friends are a good thing to have in a holding cell—they can protect you, share information about the getting-out procedure, maybe even help you communicate with the outside world. But remember that everyone in the holding cell is a potential witness. In fact, police will sometimes put people together in the back of a car or in a cell just to record their conversation. Don’t talk about your case to anyone who isn’t your lawyer.

The same thing goes once you’re out of custody. There is a natural tendency to want to talk about your case on social media. Maybe you want to celebrate that you’re out or to complain about the officer who arrested you. Remember, though, that you have no right to privacy to anything you put on Facebook or Twitter. Anything you post could be used against you.

Bottom line: Sit in your own little corner, mind your own business and wait for Winston Wolf (or whomever your personal cavalry is) to arrive. Don’t talk about your case with anyone or on social media.

STAY CALM. YOU SHOULD BE OUT SOON.

Each festival has its own process as to what happens to people who get arrested. For many common offenses, you’ll have the option to get bailed out or be released into a friend’s custody after only a few hours in jail. (Here’s a firsthand report of someone who went through “Coachella jail.”)

The point is, unless you did something way more serious than the average festival crime, you’ll be out of jail well before you have to go all American Me on anybody. (True story: Edward James Olmos had a contract put out on his life over that movie because the prison gang felt he did not portray their gang in a “positive light.”)

In California, for most minor offenses, you’ll be released on your own recognizance (or supervised recognizance) about six to ten hours after being arrested. Most states have a rule that no more than 48 hours after your arrest, and regardless of the charges, you have the right to appear before a neutral judge to set bail.

Bottom line: Stay calm. Know that you should be out of jail soon, or at least be in front of a judge within 48 hours. COOPERATE WHILE BEING “PROCESSED.”

The best way to get out of jail quickly is to stay polite and cooperate with the process. During your arrest, the police are required to ask certain questions. They need to know your name, your health situation, your emergency contact and other identifying information. A sure way to stay in custody longer is to refuse to answer these basic questions. If you refuse to identify yourself, you’ll be booked as “John Doe”—which means they’ll have to take fingerprints to identify you, causing you to get held in jail longer. Sometimes a lot longer.

There are other mandatory parts of being processed during an arrest. If you were arrested for DUI, most states require you to take a chemical test or face license suspensions for refusing.

Note that being polite does not mean that you should do whatever the police tell you. It does mean cooperating with the process, avoiding swearing and arguing or yelling stupid stuff like, “I know my rights!” or “I’m going to sue you all!”

Bottom line: Answer questions like your name and contact information and cooperate with the booking process. Have photo identification with you so that the police can quickly confirm your identity—and release you more quickly.

MEMORIZE AT LEAST ONE PHONE NUMBER.

If you anticipate getting arrested (say, at a protest), make some effort to prepare: Have quarters for a pay phone, wear comfortable clothes and leave valuables at home.

Realistically, you won’t do all this, but consider that the cops will take your cell phone when you’re getting booked in. Try to have at least one phone number memorized—preferably someone who’ll take your collect call in the middle of the night.

Bottom line: Think ahead about what you would do if you had to reach someone without your cell phone.

DOCUMENT YOUR CASE AS SOON AS YOU GET OUT.

As soon as you get out of jail, begin the process of preparing your defense. It’s important to try to remember all the details of your arrest and write them down as soon as possible.

Also, try to get contact information for anyone who witnessed your arrest. It may be several months until your case is heard and you will need a way to get your witnesses to court.

If you are injured, seek medical attention immediately, photograph your injuries, and keep a copy of all treatment records.

Bottom line: “The faintest ink is better than the best memory.” Document your case as soon as you get out of custody.

Let’s hope you never get arrested but if you do, remember these tips and your incarceration will end up being just a crazy story you can tell people at a party as opposed to something more life-disrupting.

by The Festival Laywer