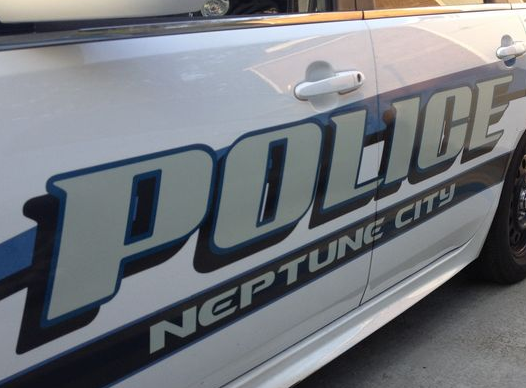 The content below, shared via CopBlock.org/Submit by Migdalia Carlson, details the continued intimidation and harassment she’s been subjected to by Robert Miller and Nicholas Morgan of the Neptune City (NJ) Police Outfit.

During a routine traffic stop for a broken tail light in May 2014, another officer who failed to identify himself or his purpose during the stop began to question me “Who watches your kids at night when you work”. At this point I had made no statement regarding my job as a nurse, to the fact that I work the overnight shift, or that I am a single parent with two children. I had only recently moved to Neptune City NJ 2 months prior to this initial incident.

Feeling uncomfortable with being questioned about my child care arrangements by a stranger, I later went down to the police station that same day to file a complaint against the officer (Officer Miller). While discussing the incident with the first officer at the station, Miller came through the lobby doors and stood intimidatingly while I was speaking to the officer. No report was ever taken and I was denied a written record of my complaint.

In the weeks that followed, Officer Miller made a point to idle his patrol car on my blocks corner and made numerous stops directly adjacent to my living room window facing the road.

During a stop one night in August, Officer Miller and another officer were outside my apartment on the corner with flashlights presumably looking for something related to this traffic stop. I looked out my door for a moment and Miller and the unknown officer saw me looking out my door. The unknown officer came briskly to my door, shining his light into my front room and began to interrogate me as to how long I had lived here, where did I move from, what my name was, and where I was originally from. I refused to answer and closed my door.

Not more than 2-3 weeks after this incident, Officer Miller began to pull me over in my vehicle while on my breaks from work and while dropping off or picking up my 5 and 6 year old children from school. Over the course of 10 days in September, 2014 I received 20 frivolous tickets from Officer Miller–ONLY EVER OFFICER MILLER. One day in particular he pulled me over while dropping my kids off and again picking them up and wrote me the same tickets for things such as “failure to wear a seat belt”, improper signaling” twice in one day. During one of the last encounters, Miller let me know: “anytime I see you driving, I’m GOING to pull you over” and “you’re doing this to yourself”.

As a result, I have begun to only use my bicycle to transport my kids to and from school. This leads to the picture attached. 45 feet away from the school exit that I pick my kids up from, I had placed my son on my handlebars. An obvious, young and later verified NEW police officer stopped me and addressed my son stating “get down son” and then proceeding to reach out and physically remove my 5 year old son from my handlebars. I protested and stated he is not to speak to my child and is NEVER to touch my child. He then began to question me asking me for my ID to which I stated I had none on me and was not legally required to. He asked me my name and I refused to give him any information. I asked him if I was being detained and initially he answered “yes you’re being detained, I need your name for a citation”. I again refused my information and asked again “So I’m being detained or am I free to go”. He answered “no you’re not being detained”. To which I took my children and walked away.

On 10-6-2014 I received the above ticket in the mail requiring a court appearance for having my son on my handlebars. My license number and address were all listed. We later verified that Miller and this young officer, Morgan had spoken and Miller (clearly having a personal vendetta) let Morgan know who I was and all my information was pulled from their system and this ticket was mailed to me after the fact.

The citation was not written at the location where this occurred and was in fact written after I had already left the scene. Shortly after reeving the ticket via mail, I again went down the Neptune City Police department to file a complaint against Morgan, Miller, and to question this particular ticket. After much insisting, I was able to have a Sgt take a written complaint against Morgan and Miller. I put this Sgt on notice that I would be contacting my county IAB, representative, senators office, and state police office because I now have more reason to fear for my overall safety and from retaliation from Miller.

I will keep you posted on the outcome of my ongoing drama with Neptune City, NJ Police.