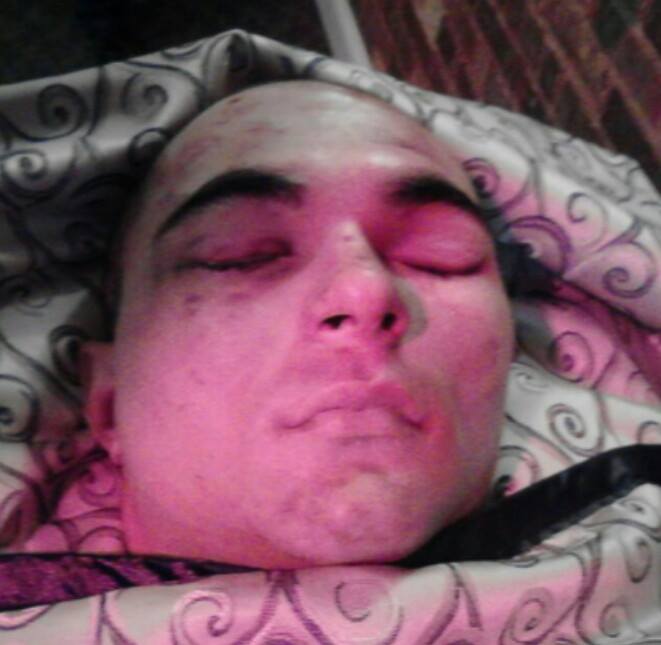 This post was submitted via the CopBlock.org submissions page

On April 29th 2013, Stewart Peppers was one of several who mysteriously died in the Washington County TN. Detention Center in 2013.  On May 1st 2013 the spokesperson for the detention center made a public announcement that Stewart was found unconscious in his detention cell and later died at the Johnson City Medical Facility the exact same day that another detainee was announced dead. A few days later through an anonymous tip we found out Stewart was actually strapped into a restraint chair and while restrained 6 officers tasered,  beat, and used chemical spray on him. After hiring an attorney and making this fact public Sheriff Graybill stated that there was no beating that took place but they did use tasers and chemical spray on Stewart while he was in the restraint chair. Lieutenant Lowe stated that he had only struck Stewart in the groin and abdominal area a few times with a heel palm while he was in the restraint chair. They are now claiming that Stewart died from steroids, testosterone, and cannabinoids and that being tasered,  beat and chemical sprayed by the 6 officers had nothing to do with it. Sheriff Graybill and District Attorney Tony Clark had a grand jury look at their evidence minus eyewitness testimonials and any evidence that we have. T.B.I. has issued a gag order on their official report that the lawyers we have retained had to sign stating that no one was to see any of the horrific photos of Stewart that were taken after the incident or the recorded phone conversation between Stewart and his brother that took place a few hours before his death.
Joey Peppers

STEWART PEPPERS was beat and tasered to death while being restrained in a restraint chair by Washington County Tennessee Jail staff April 29, 2013. County and government is not telling the truth PLEASE SHOW YOUR SUPPORT.

Sign the petition to investigate the wrongful death of Stewart Peppers at Change.org