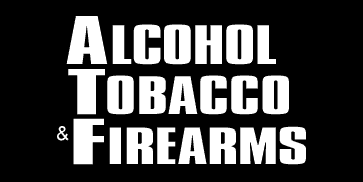 This year the 15th Annual Gathering Of The Juggalos took place from July 23rd-26th, 2014 at Legend Valley Campground in Ohio. Police were inside the grounds this year, which is a drastic change from the last several Gatherings where no police were allowed inside due to the grounds being private property. The police within the grounds made no attempt to stop any of the partying that was going on within the grounds and had been even quoted as saying “really, who cares if they have a little marijuana?” Those officers never left their golf carts during the entire event.

The ATF, however, tried to strong arm their way in. They called Robert Bruce (a.k.a. Jumpsteady), who was the organizer of the event, and told him that they were on the grounds and wanted to know where they could set up camp. He told then to wait a minute. Then, he quickly called the owner of the campground (Steve), the camera crew who were filming a documentary at The Gathering that year, and the Juggalo’s own personal lawyer, Farris. They got together quickly and came to the conclusion that the ATF was not allowed to be on their property because Steve had not given them permission, yet they had already stormed onto the grounds demanding to be let in.

Bruce, Farris, the camera crew and several others then went out to meet the ATF where they were sitting. When they got there, they discovered a small crew of ATF officers standing there, as well as about eight more officers sitting on already running Razor 4-wheelers and four more officers who were clearly in charge sitting at a picnic table. When the officers saw a group of about 20 people coming towards them, waving cameras, boom sticks, and the like, their mouths dropped open in shock.

Bruce pointed over to the table to indicate who was in charge of the operation and Farris began to tell them they were already breaking the law by being inside the grounds. The minute they heard that, all four officers at the table jumped up and started running for their cars and the exits, leaving all of the other officers sitting there looking confused, while trying to avoid the cameras as much as possible.

Bruce, Farris and the camera crew then turned their attention to the rest of the officers who just sat there, dumbfounded, waiting for orders. As they got close to the officers on the Razors, the officers got their orders and peeled off as fast as they could. One of the officers even flipped the bird to Bruce and company and it was all captured on camera, and will be released when the documentary for The Gathering is completed.

I find it rather convenient that the only festival that the ATF tries to invade is The Gathering of The Juggalos. They don’t do that at any other festivals. I wonder if this would’ve happened had the F.B.I. done what they’re supposed to be doing instead wasting their time labeling people as gang members for the music they listen to.

Another highlight for me was when I got a phone call from the Bureau of Alcohol, Tobacco, and Firearms wanting to know where they could set up their command post at Legend Valley during the Gathering. I was stunned and told them to hold on a minute and I would be right there to talk to them. I then quickly got Steve (the owner of Legend Valley) on the phone and asked him if he knew why these fuckin’ guys were trying to set up a command post! I then called Farris, our very own Juggalo Lawyer, and he told me he would be right there and then I got Brenna and Tom on the phone who were –and are — currently filming a documentary about ICP, the FBI lawsuits and our Juggalo family and they showed up with a camera crew of about 10 ninjas. We all gathered in the backstage area without the AFT’s knowledge and discussed what we could do. We surmised that since they are a federal law enforcement organization that they were there simply to give Juggalos the bone and probably came out because of all the press the Gathering had been getting. Farris let us know that the ATF was not allowed on the property without Steve’s permission and since they showed up in force and were already on the property were basically in the wrong. I guess they figured they would just flash some badges, punk some people out and basically strong arm their way onto the property.

When we came around the corner I was mad heated to see a small contingent of AFT officers, including around 8 ATF officers each sitting in a running Razor four-wheeler vehicle ready to swoop into the Gathering grounds to start handing out tickets for possible underage drinking, open containers at campsites or any other charges they could drum up. They all had on mirrored sunglasses and seemed to possess evil dispositions. They looked up in shock at us as we came marching around the corner with our own squad of about 20 deep with cameras rolling, boom sticks waving and spot lights being targeted on them. I quickly pointed to a group of older guys sitting at a picnic table looking up at us with dumbfounded expression who obviously were the head guys of the ATF.

As we started closing in on the main ATF officers, Farris started to talk to them when suddenly the realization of what was happening finally registered to their brains as their slack jawed expressions slowly transformed to those of fear, when suddenly ….they ran! I was shocked and so fuckin’ amused to see these high ranking federal law enforcement agents running and ducking from the cameras as they scurried between parked cars like rats to avoid being filmed in an attempt to get away as quickly as they possibly could. All the while the camera crew was chasing after them. As this comical scene unfolded all the officers still sitting in there running Razor’s didn’t seem to know what to do so they just sat looking around in confusion. Just as we turned our attention toward them and was about to ask them questions they got the order over their radios from their out of breath superiors to “Pull Out”!

They then all started peeling out down the dirt road leading to the back entrance of Legend Valley as they made their escape, kicking up clouds of dust from there spinning wheels as they went. As if things couldn’t get any better, the last officer to head out flipped us off as he went and we were able to capture the whole thing on film! The whole incident had me experience the extreme ranges of emotion in the matter of minutes. At first I was enraged that these guys were trying to bum rush the Gathering but with some quick thinking we were able to turn the tables on them into an unforgettable and hilarious outcome.

After all this, the main guy of the ATF had the nerve to call me again saying he wanted to talk to me alone. I was like helllllls no! I told him that if he comes back, that he will have to not only talk to me but also Farris, the camera crew with cameras rolling and our entire squad. Needless to say they never came back. It was an unsung victory that weekend and one of my best moments at the Gathering for sure. It simply amazes me how bastards will try to come out of the woodworks to try to oppress our family for no reason at all, but it has also occurred to me a long time ago, that if you remain unified with your homies, you can take a stand against anyone who would try to oppress you as we had done on that day. It was just another small battle we were able to win in our ongoing war against the FBI and federal agents everywhere.

Mad respect for Brenna, Tom, Farris, Steve and everyone else who took a stand on that day and Juggalos everywhere who continue to do their part to help our family in our fight by sharing their stories and not being afraid to raise their voices and be seen! We as a family will never bow down … best believe that.