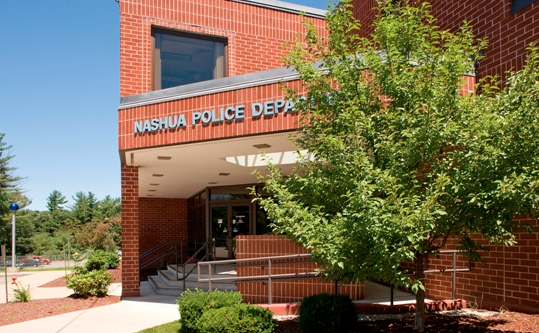 I recently filed a lawsuit in Superior Court against the Nashua PD plain clothes detectives Charles McGregor and Patrick Hannon who, with the approval of Chief Seusing, Deputy Chief Bukhunt and Captain Lavoie. showed up at my house in Newton, NH (35 miles outside of their authority and jurisdiction) for the sole purposes of harassing, threatening and intimidation because I exercised my First Amendment Right and profanely criticized Chief Justice Linda Dalianis for her role on refusing to hear an unconstitutional race based court decision denying my son’s right to attend public school in the State of New Hampshire because of his “race and skin color”. Also named in the suit are Donald Goodnow, Jason Jordanhazy, Seusing, Lavoie, Bukhunt and Newton Chief of Police Lawrence Streeter who refused my complaint of the officers criminal trespass onto my property for no legitimate law enforcement purposes. They came to warn me for calling Dalianis a lying fucking racist bitch for denying her role in the Unlawful Court Ordered Racial Segregation in Education.

In 2003, Brock, Broderick, Dalianis, Duggan and Nadeau unanimously refused to hear my appeal that used my son’s “race and skin color” to change his principal place and State of residence for “school purposes” then refused to publish an opinion why they tolerated and perpetuated the Institutional Racism. Judges Edwin Kelly, Robert Lynn, Tina Nadeau and Administrator Regina Apicelli helped whitewash the manifest bias.

See a problem? I criticize a racist judicial official for what she did and she, Jordanhazy and Goodnow sent the Nashua PD thugs after me. Never mind the fact the State previously falsely arrested me and maliciously tried to prosecute me in 2007 as retaliation for saying something they didn’t like that was ruled was not criminal. I was acquitted and had the record annulled. I spent part of my adult life in the military and nearly all of my life in the law enforcement career field protecting the rights of others. I earned my Undergraduate and Master’s in Criminal Justice with high academic honors. The very first two cases I studied as part of my constitutional law course was Brown v. Board of Ed and Palmore v. Sidoti. The government cannot use a suspect racial classification without showing a compelling government interest and any use of such classifications requires the decision be reviewed under “Strict Judicial Scrutiny”. No one has ever been held accountable for the manifest bias though Part I, Articles 2 and 8 of the State Constitution was intentionally violated thanks to corrupt judiciary, the Judicial Conduct Committee and Attorney Discipline office.

Take a good look at the case of Tipton v. Aaron. It was heard the same year (2004) the Justices refused to hear my appeal. Only one reason can account for the significant differences in the two rulings.. DALIANIS and the OTHERS support Institutional Racism. She may finally be forced to explain herself to the public. God knows I tried repeatedly only to face persistent corruption and cover-up even at the federal court level. The Bigot in a Black Robe even down played the manifest bias at her confirmation hearing with the Governor’s Executive Council. It was unambiguous case of racial discrimination engaged in by the NH Judicial Branch but apparently the two detectives neglected to do their due diligence by investigating the underlying facts before they decided to show up at my house in a show of force..

What’s become of this society where the police can’t even trust senior court officials to tell the whole truth and nothing but the truth. Nashua Police Detectives are supposed to be investigating felony level crimes not acting as THUGS for the NH Supreme Court Chief Justice, her Administrative Director Goodnow and Security Manager Jordanhazy. The State promotes the myth of a color-blind legal society, yet there were two complaints of racial bias in 2004. In the sixty years since Title IV of the Civil Rights Act was first enacted to eradicate racial discrimination and the ruling of Brown v. Board of Ed, young Black children still have to tolerate unlawful court ordered racial segregation in education imposed by the NH Judicial Branch .

SENDING THOSE TWO MY HOUSE FOR NO LEGITIMATE LAW ENFORCEMENT PURPOSES WAS A BIG BLUNDER. WILLFUL BLINDNESS TO IMPLICIT BIAS DOESN’T EXCUSE ANY OF THEIR BEHAVIOR. THE LAWS AND THE RULES THAT ARE SUPPOSED TO CONTROL AGAINST IMPLICIT BIAS WERE RECKLESSLY DISREGARDED. HELP ME BY TURNING OVER THE HOME ADDRESSES OF THOSE MENTIONED SO THEY CAN BE PROPERLY SERVED A SUMMONS BY THE SHERIFF IN THEIR INDIVIDUAL CAPACITY.

No permission is needed to share this post, or any content housed at CopBlock.org. Ideas have consequences – the more good ideas are shared the better we all are. Help fuel our efforts – donate Bitcoin: 1D6hdGKcFfzciJaMSLU6X1Tq69fcCsEh65
28
SHARES
FacebookTwitterGoogleRedditTumblr
DiggLinkedinStumbleuponMailPrint