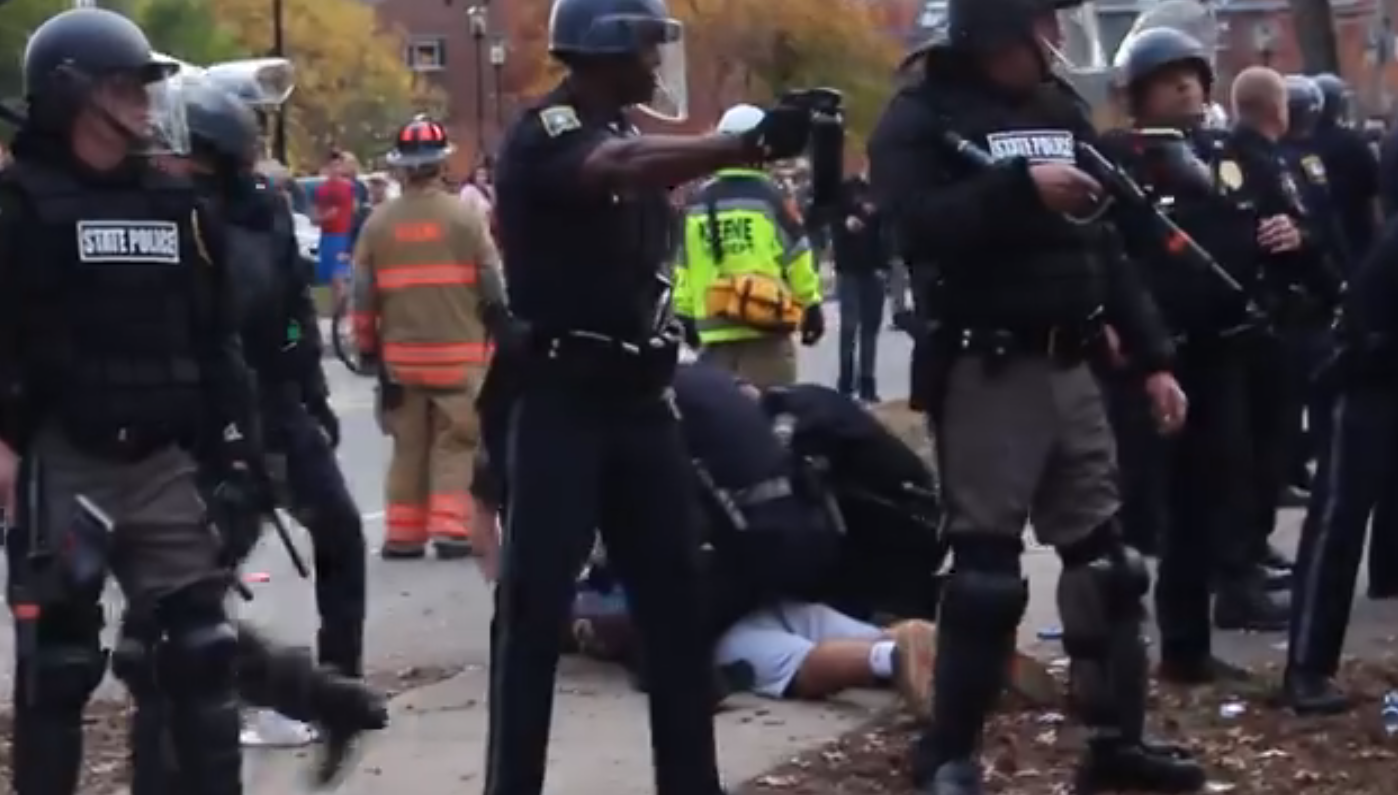 Ian Freeman, host of FreeTalkLive.com,  shared the content below.

Alex Moushey’s report from the streets during the Pumpkin Fest 2014 riots reveal why the situation did not improve with the police’s unnecessarily violent tactics.

Rather than only arresting people who were causing violence and destruction, the police were targeting people crossing arbitrary lines and partying on private property.

In this excellent ten-minute video, Alex is right there when cops create all kinds of unnecessary mayhem:  (click links below to jump to that part if you are short on time)

It’s behavior like this from police that alienates them from average people.  This is why Cop Block is so popular on campus.  Here are the students’ sensible responses to the violence that was visited upon them by the police:

“We’re not terrorists.  We love America.  We just like to drink!  Don’t shoot us!”

There’s a reason why the young ladies in the video think that the police are “pieces of shit” because they hurt their peaceful friends – every weekend, not just Pumpkin Fest.  If all the police did was arrest people who hurt others or destroy property, it wouldn’t be as big a deal if they cleared some streets with pepperballs, but the adrenaline-hyped cops seem to have a penchant for escalating a situation.  There’s more footage showing police attacking people for walking peacefully long after the riots had subsided – I’ll upload that soon enough.

Stay tuned to Free Keene for the latest on the Pumpkin Fest Riots of 2014.

Connect with Keene Based Groups

No permission is needed to share this post, or any content housed at CopBlock.org. Ideas have consequences – the more good ideas are shared the better we all are. Help fuel our efforts – donate Bitcoin: 1D6hdGKcFfzciJaMSLU6X1Tq69fcCsEh65
37
SHARES
FacebookTwitterGoogleRedditTumblr
DiggLinkedinStumbleuponMailPrint