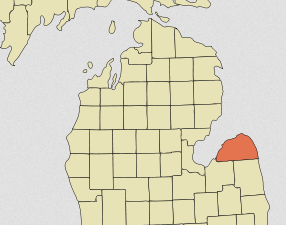 Alex Weiss shared the information below about a gent who seems to have been granted some leeway not because of his occupation, but because his father dons a black robe in legaland.

Michael A. Knoblock, 29, of Ubly, Michigan, was stopped by Ubly police for drunk driving. His blood alcohol level was .21 (said by Michigan “authorities” to be “super drunk”) and was charged with child endangerment. He had 3 young children with him.

Jobes was arrested and sent to Huron County Jail on June 21, 2014. He was sent to Sanilac county due to separate prosecutor and judge to avoid conflicts of interest and/or appearances of impropriety. His father is Huron County District Courts judge, M. Richard Knoblock.

While being sent over to sanilac county, the warrant for child endangerment went “missing”. He was charged for the drunk driving and only be held for 1 day of jail time and some fines.

As Dave Shane and Chris Aldridge wrote on the October 21, 2014 post Part of local court case goes missing at the Huron Daily Tribune:

For first-time offenders, Michigan law imposes a maximum fine of up to $700 and 180 days in jail if a driver’s blood alcohol content is 0.17 and higher. The charge includes up to a one-year license suspension and 360 hours of community service.

Had the child endangerment charges listed in the police report and warrant request reached the Sanilac County Prosecutor’s Office, the misdemeanor carries a maximum of $200 to $1,000 in fines and five days to one year in prison, up to 30 to 90 days of community service and revocation of driver’s license…

Judge Knoblock said he did not see the newsworthiness of his son’s case and how it was handled.  “I don’t have a comment; it’s a non-story,” he said.

Editors Note: Is this a non-story as M. Richard Knoblock claims? Or is it worth sharing to make clear the protections extended to his son, to underscore the fact that justice can never come from a coercive monopoly?