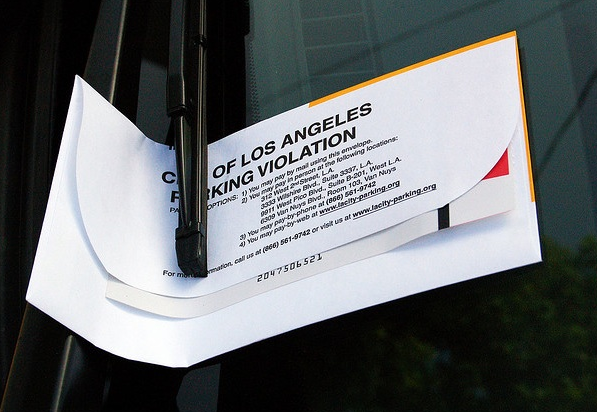 Fernando shared the information below.

A few months ago, my dad got a parking ticket right outside of our house. He, amidst a profanity-laden diatribe about the inherent corruption present in the system of parking enforcement, opted to simply pay off the citation and try not to be cited again.

This story is familiar, and happens all the time around the country. I, however, have flexyourrights.org to thank for what transpired over the following few weeks.

Editors Note: Flex Your Rights is one of the outlets included on the page CopBlock.org/Allied

I trained in Krav Maga (the combat discipline for the Israeli Defense Force), and they taught us, first and foremost, that having the right mindset, when caught in a bad situation, is what makes the difference between life and death. It’s all about keeping the right perspective, the right outlook.

While Flex Your Rights certainly has a lot of great information on its site, it may be difficult to remember it all. The important thing, however, is not memorizing the information, but changing your mindset about the legitimacy of law enforcement.

Law enforcement, ESPECIALLY when it comes to citations, is no longer correct until proven wrong (the default position of the state), but rather opportunistically wrong to begin with.

When my dad told me he got his ticket and that he was begrudgingly about to pay it, I immediately recognized that something was amiss. I asked him to, before he paid the ticket, to show it to me. It was a simple citation for parking in a “yellow” area of a curb, a zone specifically meant for loading and unloading with a 15 minute parking window.

The peculiarity, however, was the time at which the citation was issued: 5:59 AM. I researched the applicable laws in the county of Los Angeles, and realized that the information was not easily found online. It was, for all intents and purposes, missing. The closest thing I could find was a law that delineated the City of Los Angeles’ policy when it came to parking. That policy stated that yellow-painted curbs are only enforceable between the hours of 7:00 AM and 6:00 PM, in the city of Los Angeles, though not necessarily the county. This time window was also used in our closest nearby city (Pasadena, CA).

I told my dad that he should fight the ticket on these grounds. In the absence of any applicable statutes that he could access, he could make the case that he was operating on the closest set of laws available to him, considering that there was nothing he could access that applied to the specific locality where he was located.

After a few weeks, my dad got his day in court. It was more of a hearing. From what he tells me, the Sheriff could not access a specific law which applied to the locality either. Well, what do you expect from an organization who murdered an octogenarian over an unfounded “meth suspicion?” (They didn’t find any).

So my dad’s ticket got dismissed because they could not refute the claim that the ticket was unenforceable during the time at which it was issued. My dad, dissatisfied with the unanswered question (though very satisfied he didn’t have to pay a ticket), went to the county public works building to see what was going on. Public works then checked their records and verified that, in fact, LA County does have a window of enforcement, and the ticket was issued outside of it.

While this wasn’t a big deal in terms of dollar amounts or lives at stake, it shows how law enforcement is not infallible, and usually very incompetent; to the point of embarrassment. It shows that we, as citizens should adopt a mentality of de ominus dubitandum, “forever doubtful,” when it comes to any assertions made by a person carrying a badge. It shows that the work of the people at sites like flexyourrights.org is invaluable, not just because of the information, but because it changes our thinking so that we begin, as a collective, to hold our enforcers accountable for their actions.

It’s not the dismissal of the ticket that was the victory, it was the fact that we even bothered to fight it in the first place.

So thank you! Thank you for changing our world for the better, one person, one parking ticket, one illegal search at a time.