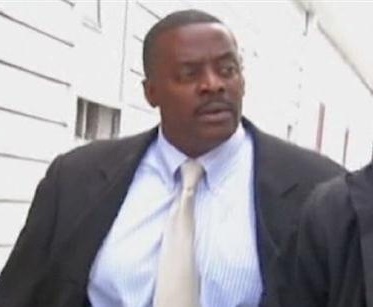 James Harrison was found guilty of second-degree assault in the 2010 beating and was given a one-year suspended sentence in Dec. 2012. He served 30 days of home confinement.

Judge Beverly Woodard did not explain the reason for her decision in tossing out the conviction; beating victim Jack McKenna called the judge’s decision “frightening.”

“It sends a message that they (the police) can do whatever they want,” McKenna, now a second-year law student, said. “If they can get away with beating me up on national TV for doing nothing, it really makes me scared for what’s going to happen to those in a dark alley when the cameras aren’t shining.”

Jon Erzen, a spokesman for the Office of the State’s Attorney, said prosecutors, too, were surprised that the judge set aside the jury’s verdict in the case.

“They (jurors) said Mr. Harrison’s actions were not acceptable policing and they were criminal,” Erzen said.

Harrison, along with another officer who was acquitted, were charged with beating up McKenna as students celebrated the men’s basketball team’s victory over Duke on March 3, 2010.

Harrison retired with a full pension before his trial, but now with his felony criminal record cleared, there is a chance he could go back into police work.

McKenna collected a $2 million dollar settlement from the police department to drop a civil lawsuit in the case, but his attorney was fuming over the criminal conviction being overturned.

“It means that police officers can think they can commit an act, a savage act of brutality, and get away with it,” said lawyer Terrell Roberts. ~ Read More