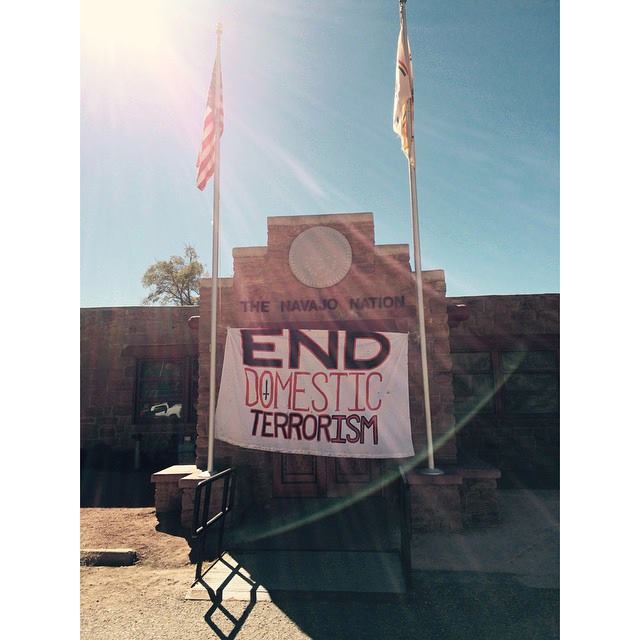 Thom Prentice recounted the situation below about the rights-violating actions of some whom purport to protect.

On October 31st a letter by “community members impacted by impoundments” was presented at the Navajo Nation Council Chambers in Window Rock, the seat of government and capital of the Navajo Nation.

We [the undersigned] Dine’ families who have resided for generations on the area now known as Hopi Partition Land (HPL) are asking for the full protection of the Navajo Nation Executive, Legislative, and Judicial branches, based on the ongoing threat of the pre-dawn raids from heavily armed federal authorities. Currently Hopi Rangers, Federal Special Weapons and Tactics Teams (SWAT) are using paramilitary tactics against unarmed elders and Dine’ citizens. Community members live in fear due to S.W.A.T. teams fully dressed in paramilitary gear including flack jackets and assault rifles. There are also drones and helicopters hovering over their homesteads, it is like a war zone.

If you’re in northeast Arizona or northwest New Mexico and want to assist, contact BMIS, who authored the post.