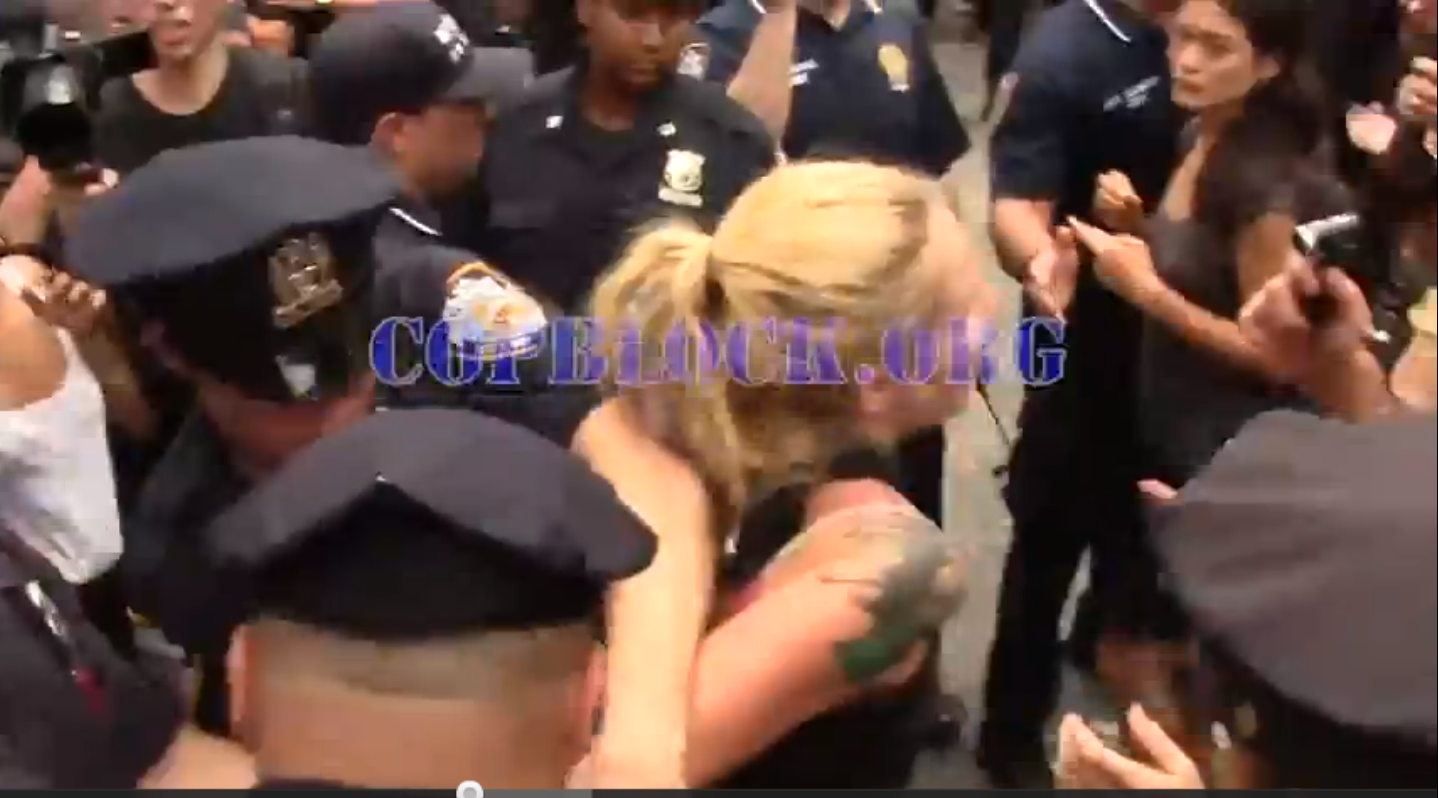 A few weeks ago some active with Anonymous called for people to gather and do a sit-in called Occupy Wall Street, defined by Wiki as:

an ongoing peaceful demonstration opposing what participants view as negative corporate influence over U.S. politics and a lack of legal repercussions over the global financial crisis. It was inspired by the Arab Spring movement, particularly the protests in Cairo’s Tahrir Square which resulted in the 2011 Egyptian Revolution. The aim of the demonstration is to begin a sustained occupation of Wall Street, the financial district of New York City. Organizers intend for the occupation to last “a few months.”

Since most of the lamestream media had thus far ignored the event my bud Tommy and I left the ‘shire and traveled to NYC on Friday to document the situation on the ground first-hand.

The first of three videos below shows the scene at Zuccotti Park (aka Liberty Park), where protesters have gathered, and at nearby Wall St.

Though many present rightly vilified the actions of banksters and corporations, the reality of the situation is that such people and companies could never have such a negative impact were it not for the size and scope of the State. The solution then, is not a new “leader” or oversight board or internal review, it is to simply stop granting others arbitrary authority. (For more on this, check out Larken Rose’s The Most Dangerous Superstition and do some self-education on Austrian Economics.)

The second video was taken yesterday, Sat., Sept. 24th. It depicts some of what unfolded as protesters walked north to Union Sq. It’s clear that some of those wearing badges acted as if they had the right to use aggressive force.

For me personally, it was a whirlwind experience that was both empowering and frustrating. The energy of those in the march, as well as the vocal support of tourists and shop owners, was contagious and demonstrated just how deep runs the disillusionment with the Statist Quo. Conversely, the utter lack of independent thinking or personal responsibility exercised by those with badges only underscored for me why Cop Block exists.

The third video documents the police state now common in NYC and includes a plug from me for people to stand up for their rights and to document the actions of those wearing badges.

Though they purport to “serve and protect,” or in NYPD’s case, have “Courtesy, Professionalism, Respect,” the double-standards created by a “legitimate” monopoly of force causes such widespread rights-violations to occur without accountability. (For more on this, check out our interview with Bruce Benson.)