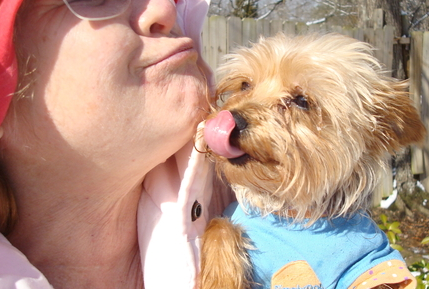 Miguel Mejia shared the content below to get more attention on the “service” afforded to his mom by some who claim to protect.

In September 2012, my mother, Mayra Mejia, who was at that time 60 years old and disabled, was in her NC home preparing for a yard sale when another resident of the neighborhood threatened her. She called 911 for help. An officer from the High Point Police department came out but said there was nothing he could do and left without even investigating the threats. He returned minutes later and accused my mother of stealing a yard sale sign and threatened to arrest her unless she returned the sign. My mother denied any involvement and the officer left.

My mother got in her car and drove around the neighborhood to see what was going on, only to find the officer at the home of the neighbor who had threatened her. She honked her horn once and immediately returned home. The officer pulled up minutes later and placed her under arrest in her driveway. After being transferred to the custody of the Guilford County Sheriff detention officers, my mother was subjected to a brutal assault. While still in handcuffs, she was repeatedly hit and kicked, thrown into a cement wall and bench, and left on the floor without medical attention until her release.

At the time of her arrest and assault, my mother was never told why she had been arrested. Her initial arrest and court records were filed under a different name. The charges against her were ultimately voluntarily dismissed by the district attorney’s office.

I have started a petition on change.org so that the North Carolina Department of Justice and the FBI will investigate the actions of the law enforcement officers involved. A legitimate investigation of what happened to my mother could bring criminal charges against these officers for injustice they committed and for the violated oaths they took to protect the constitutional rights of their fellow citizens. Please sign this petition, share, and support. Thank you and the link is:

As noted one gentleman who signed the petition:

I’m tired of police thinking they can do what they want to people and I’m also tired of the system letting them get away with it, if a non police citizen did the stuff they do we’d be in jail..double standard and I’m disgusted with it.

Editors Note: Hopefully, thanks to the transparency on this situation from Miguel, the aggressors will face some responsibility – a lack of support or legitimacy granted to them and their outfit from their “customers” is most significant. Ideally their names would have been shared, as well as objective documentation of the incident described. Perhaps the former will be added to the petition and the latter will happen in any future interactions. Also, as this incident started when the victim called 911 for help, that should make anyone wary of taking similar behavior – after all, police have no duty to protect you.