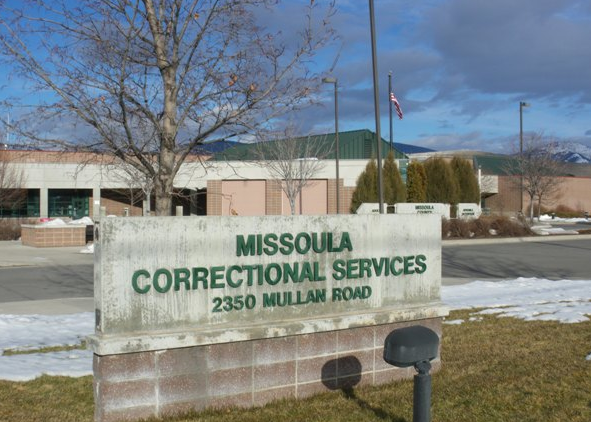 The information below was shared by someone who experienced callousness by those who purport to “serve and protect.”

I was arrested on December 18, 2012 for something I didn’t do. Prosecutor never did an investigation, nor could he prove I did what’s I was accused of. So went to jail. And because of my extremely high bail, I was stuck there until I was let out for complying with the prosecutor’s wishes.

While in jail, my medications were immediately stopped. They said they taper inmates off of the meds I needed desperately due to my disintegrating spine. Guess tapering off means “immediately” to them! Because of my spinal problems, I have been taking oxycodone, methadone (not a heroine addict, it’s used for pain too), and lyrica. I had been taking oxycodone for 20 years, methadone for two and lyrica for five. These medications cannot be stopped immediately without suffering repercussion, or even death. Didn’t matter to the employees of the Missoula County Sheriff’s Department. I was denied.

My doctors and lawyer repeated contacted the jail, telling them that these meds cannot be refused and that I had a well documented need for them. Didn’t make a difference!

However, when my doctor called them again on December 24th, they finally relented and began giving me my lyrica again, but not the other two. Good, you may think, but you’d be wrong.

I was taking three lyricas a day prior to my unlawful incarceration, 300mg. Then it was stopped along with the others. Needless to say, I went through withdrawal because of it. I gave them back three uniforms as unusable any more, if you get my drift. Pain increased to extreme levels. Was awake for over 200 hours because I could sleep due to the elevated pain. Also, couldn’t eat for those 10 days due to the nausea I had from withdrawal and that if I tried to eat or drink anything, it came right out of me from both ends.

So, on December 25th, Christmas, the police finally gave me a dose of lyrica. Problem was that they gave me a daily dose at one time, not spread out during the day. Then they gave me my second dose on the 26th, but less than 24 hours later. So in 24 hours I had been given six lyricas instead of three, and that after having none for eight days. My body couldn’t take the shock, especially with the elevated pain, no sleep or no eating.

Later that morning I began to have these strong twitches in both my arms. They would occur in threes. Bang, bang, bang, and then stop. About half an hour later, bang, bang, bang. These were very strong jolts of my muscles. Then around 5pm, while locked in the cell, there were 5 jolts. Uh oh. And again. And again. And when it began for a third time, I sat down on the bunk, and my whole body began to shake. I couldn’t control anything but my eyes. I couldn’t talk! Only thing that came out was, “Heeee.. Heeee.” Was trying to say, “Help,”. But I couldn’t get it out. My cellmate asked if he should call the cops on the intercom and all I could get out was, “Puuuu buuuu, Puuuu buuu.” (Push button.)

Then the cops arrived like the clowns in the circus getting out of the little car. They just kept coming through the door. And get this… The MORON in charge started asking me questions! I tried to answer but I couldn’t get words out. Just the beginning of them. And to see if I was faking or not, such trusting souls, the nurse measured my blood oxygen in my finger and my blood pressure in my arm. Neither one of these was the proper medical procedure to check for a stroke or a seizure! Complete medical incompetence. My right arm wouldn’t tell them what was going on in my brain! I should have been sent to hospital by ambulance! But no, I was faking it, right? So the MORON kept asking me questions, and since I could speak, he said I was being uncooperative. And as a result they strapped me into a wheelchair ( I was still having body tremors and breathing rapidly) and moved into a solitary cell that wasn’t any larger than 8′ x 10′. During the trip I passed out five times! Eventually, my twitching stopped.

Since they did nothing to stop the twitching, they let it go on for over two hours. I knew this because I asked what time it was when they did. It was well after 7pm!

When I was finally let out and sent to a hospital, an MRI showed that the back of my brain looked like a shotgun blast went through it. It had enough spots that it looked like Swiss cheese! I was lucky that I wasn’t left drooling in a wheelchair, or that I didn’t die!

So, now that I’ve moved to Oregon, I’m going to begin my law suit against the State, the County, the City, the Sheriff’s Department, the MCDF, the prosecutor, the judge, the medical department at the jail, and specifically the MORON who was asking questions and said I was being uncooperative! When I’m done, the state will be called Rontana! And it’ll be the cops behind the bars!