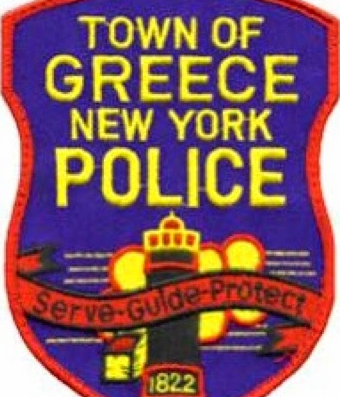 The content below was shared by Ryan Conklin to get more attention on a situation that never should have happened. As you read, consider just how different the reaction from those at the Greece police outfit would be if the triggerman and person shot and killed would have been reversed.

Editors Note: Much of the content below was gleaned from the write-up Greece police explain Stone Road shooting by Victoria E. Freile and Meaghan M. McDermott, which was posted on 2014.11.11 to DemocratAndChronicle.com.

The shooting occurred Sunday morning after Greece, NY police and animal control officers were called to Stone Road, near Stone Ridge Drive, for a report of dogs running loose in the area.

Officers did not receive a response to their knocking on the door, so they entered the house there an ‘unlocked’ door to check the welfare of whoever might be inside. Phelan said two officers at the scene could see water running and the stove top on. Running water and a stove on cannot be seen from outside the home and do not constitute ‘Exigent Circumstances’.

Once inside, officers found a man — later identified as Thomas Manza — naked and asleep on a bedroom floor, with a shotgun beside him. René, 31, fired twice, striking Manza once. Following surgery, Manza, 34, remains in a medically induced coma in guarded condition at Strong Memorial Hospital.

The Greece, NY Police department has a long history of misconduct and corruption: CopBlock.org/tag/Greece

He said his son would often let his dogs, Kikki and Jayda, out the back door to run around in the fenced yard, leaving the door open so the dogs could reenter at will.

Anthony Manza said his son would often sleep with a fan running, so it was no surprise that he might not have heard police knocking or yelling in the windows.

After the shooting, police executed a search warrant at the rental home, where they found a personal-use amount of marijuana, as well as two long guns. Police charged Manza with first-degree menacing, a felony, for ‘allegedly’ pointing a loaded firearm at police in his house during an unlawful entry search.

‘Things just don’t look right’ doesn’t give the police the right to enter you home and shoot you.

There are four main circumstances in which a warrant is not required for police to search your house:

1. Consent
2. Plain View
3. Search Incident to Arrest
4. Exigent Circumstances. This exception refers to emergency situations where the process of getting a valid search warrant could compromise public safety or could lead to a loss of evidence. This encompasses instances of “hot pursuit” in which a suspect is about to escape.

None of the above were given or relevant to this unlawful search.