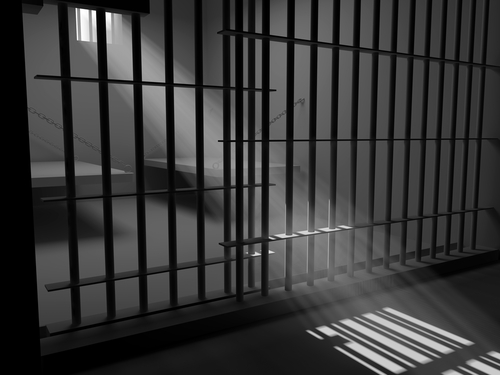 The write-up below by Kaetan Mazza was originally posted to NewYorkNatives.com on 2014.11.12. A relative of his shared it, and it is reposted here as it makes clear the misallocation of resources and rampant rights-violations caused by the structure and actors of the injustice system.

Hear Me Out: Pretrial Detention is an Assault on Liberty
by Kaetan Mazza

America locks up a lot of people. By any metric you consider, it tends to be at or near the top of any list tallying prisoner populations. This fact, in itself, is not so damning until combined with the fact that most of those locked up are charged with nonviolent crimes. What’s worse is that the vast majority of the jailed aren’t even proven criminals. They’re suspects awaiting trial, languishing as the slow wheels of justice churn through their case.

I’ll admit, I have kind of a unique perspective on criminal law. I have close friends and family who have served honorably in law enforcement; my kin specifically in the NYPD. I understand their various opinions. From them I can begin to appreciate the complexities and subtleties of protecting and serving. I, on the other hand, have instinctual criminal tendencies. As a rule, I try to break any law I find idiotic, and often violate even the ones I agree with. This amalgamation of influence in my life has afforded me the opportunity to see the penal system from both sides of the bars.

Last year, while driving around Brooklyn, scrambling to accomplish tasks for work, I made the unfortunate decision of answering my phone while behind the wheel. Immediately, and seemingly out of thin air, one of NYC’s finest appeared in front me and signaled for me to pull over.

After several minutes a female officer arrived at the scene and approached my window with cuffs drawn and a hand on her service pistol. Apparently I had an unpaid ticket from 2008. Not surprisingly, I did not recall the incident. I was, as she said, “going down.” Having several hundred dollars on me, I pleaded with them to allow me to pay my fine with late fees. My appeals were met with unsympathetic assertions of protocol.

From there I was placed in a holding cell by myself for several agonizing hours while being processed into the system. During this time I was refused food, water, and any contact with the outside world. The thought of the worry and fury my absence was causing was extremely stressful.

Following a spell of solitude a man was placed in the cell with me. By his own account, he was in the thralls of severe PCP intoxication. If you have never witnessed anyone under the influence of this obscure drug, it can be both hilarious and terrifying.  Luckily he remained somewhat calm, alternating between twitchy incoherent rambling and comatose distant stares. I remained acutely aware of the possibility of an uncontrollable freak out at any moment.

About four hours in, I was given the opportunity to make a phone call. Unfortunately I was also told by a guard that I would have to spend the night and see a judge in the morning. I called one of my coworkers to let them know I was OK and discuss how to mitigate the problems my arrest had caused.

After about five hours in confinement, by which point I had been given about thirty seconds with a water fountain and no food, I was handcuffed again and put in a van with two other men.  As I was transported to another facility, one of those men told me, unsolicited, how sick he was going to get as his heroin withdrawal set in. He held back none of the disgusting details.

Upon arrival I was placed in a bigger cell that held about fifteen other unsubstantiated criminals, including my van mates. Chatter revealed that we were all low level offenders. There were a few shoplifters, drug possessors, and people like me who failed to pay tickets.

Looking around the room, one of the thornier, more insidious aspects of our justice system became strikingly apparent. Out of the fifteen men, ten would probably identify as black (with about eight of those men under the age of 23), four were noticeably unstable, most had admitted substance abuse problems, and all except myself would be facing the world penniless upon release. This is significant because they represent segments of society that bear the disproportionate brutality of the law. Most of the charges represented in the room would elicit no more than a citation, for most accused. If they did, most would easily bail out.

I slowly started to accept the miserable conditions. My discomfort with the metal bench that I would have to sit on throughout the night, the arctic air blowing in through the vents, and the smells of fifteen men began to dull.

Then my former van mate’s earlier predictions came to fruition. If you’re unfamiliar, severe heroin withdrawal involves explosive diarrhea and uncontrollable vomiting. Needless to say in this enclosed space, it was horrifying. Most of us clustered in the corner of the cell opposite the wretched oozing creature hunched over the toilet. Others, unfazed, took advantage of newly open bench space.

As if on cue, that was when it was decided that we should be fed, and when the corrections officers brought in several McDonald’s bags, a few of us were cautiously optimistic. That optimism was immediately crushed with one bite of the stale food. None of us could force down more than a few bites though we were ravenously hungry. I asked for water and was directed to a faucet near the toilet. It was so rusted and filthy and so near the source of the vomit-shit smell, I decided to go thirsty. We asked that the sick man be moved, they said they’d see what they can do; apparently they never saw anything.

The night wore on for what felt like months. The worst of it wasn’t the grime, gnawing hunger, smell or discomfort. It was the excruciating boredom. The room was bright, cold and crowded, so sleep was not an option. We were allowed no possessions. There wasn’t even any signage in the cell.  Minutes crawled along at a pace that made my balls ache.

Finally, I was released without charge because of a lack of supporting evidence, by a judge who acted as though he had done me a favor. Nearly thirty-six hours after I’d been arrested, I was free. In dirty clothes and with a dead phone, I trudged home wondering if I still had a job. I felt sorry for my cellmates with unsympathetic bosses, kids to pick up, and tenuous relationships. For at least two men this process had made them homeless.

Whatever your political persuasion (unless you’re a fascist), the idea that a mere accusation can result in extended confinement should offend your sense of justice. Liberty and the pursuit of happiness are our most fundamental rights. If someone is to be stripped of that for any period of time, before the due process of law has run its course, I believe there must be an exceptional reason. The only conceivable reason for this would be to protect the public from a potentially violent criminal. There may be a small case for the high-flight-risk, nonviolent felon, but GPS technology has made this concern nearly obsolete.

Why not end the practice of pretrial bondage for nonviolent offenses? Most of them don’t require jail time anyway. It’s cheaper and fairer to cite and release the accused than to house and feed them in despicable conditions. It doesn’t offer a free pass for low-level criminality — sanctions can and should be meted out, but only after allegations have been proven. Punishing people beforehand is a black eye for Lady Justice, no matter how obscured by her blindfold.