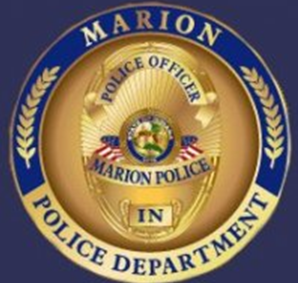 Below is the write-up about an incident that transpired in Marion, Indiana on November 16th. The italic text is from a local media outlet, the bolded text was shared by the person who submitted this content, which are much more commonsensical and objective.

MARION, Ind. (WANE) – The condition of a man shot by a Marion Police officer has improved since the Sunday incident.

Police said Chris Cook was armed and running away from officers following a reported disturbance at 2805 South Boot Street in Marion. He was in critical condition on Sunday but had improved to serious condition by Tuesday.

According to police, 26-year-old Cook was seen walking near the street where the incident had occurred when police responded to the disturbance around 4:30 a.m. on Sunday. As the officer exited his police car to speak with him, Cook ran away and the officer chased after him, according to the police report.

Mr Cook was stopped to question as merely stopped as a potential witness, prior to responding to an unknown disturbance call a couple blocks away. For all the officer knew, he had nothing to do with the disturbance.

Police said the officer asked Cook to stop multiple times while he ran for about two blocks. During the chase, the officer saw Cook holding what appeared to be a handgun. Cook was told to drop the gun and show his hands several times. Police believe he made a motion as if turning to the officer, and was shot one time in his rear right torso.

Sure, Cook should not have run…never run from police. But there are plenty of reasons why people run. They’re scared, or they have a warrant for something else, or whatever.

Okay…People are allowed to carry guns! Its unclear whether Cook even pointed the gun at the officer.

The officer says he “feared for his life” but hello… the man was *RUNNING AWAY FROM HIM* How about the other way around… Cook feared for HIS life and ran.

As is standard operating procedure, the Marion officer has been placed on paid administrative leave pending the outcome of the investigation. The Indiana State Police, at the request of the Marion Police Department, is investigating the shooting. No one else was injured during the confrontation.

Oh and of course, the officer is put on paid vacation…I mean administrative leave.