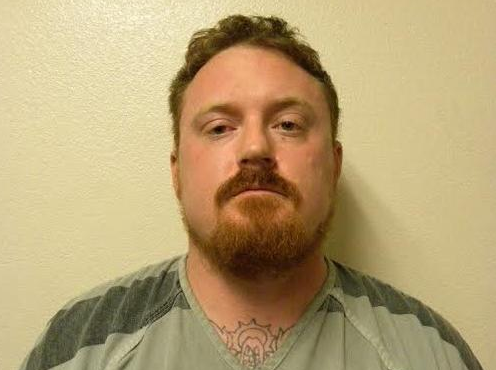 Amanda, hoping to make more likely an outcome that involves responsibility for the killer who wears a badge, shared the information below.

James Ashby, employed at Rocky Ford police outfit will be in Otero court today related to the second degree murder charges he faces for the killing of 27-year-old Jack Jacquez. If you’re in the area show up to make your support of justice known: November 19, 2014 at 1:30pm at the Otero County Court.

Though David Randall and Eric Ross at KOAA.com reported few details on the incident, save for the norm of a paid vacation for a shooter who wears a badge:

Ashby has been on administrative leave pending a CBI investigation since the shooting. The shooting sparked protests throughout the community.  The Rocky Ford Police Department has not released any additional information on the shooting.

our friends at PoliceStateDaily.com disclosed that:

Sara Lindenmuth said that a Rocky Ford police officer, now identified as James Ashby, forced his way into her brother-in-laws residence after he came home around 2:00 am Sunday morning.

Lindenmuth says her brother-in-law, 27-year-old Jack Jacquez, and the officer began yelling at each other.

“He was standing next to his mom, his back turned toward the officer and then [Ashby] shot him twice in the back and then pepper sprayed him,” Lindenmuth said. “Then they hand cuffed his fiancé, for reasons I don’t know why. And the mom went to call the cops and the cop took her phone and threw it against the wall.”

From the Justice for Jack Jacquez page:

Ashby’s court is open to the public. Please show your support, and keep the peace! Also, according to another gent familiar with Ashby, this isn’t the first time he’s killed.

We’ll see what happens… Hopefully not another example of impunity given to a killer who happens to be a police employee.