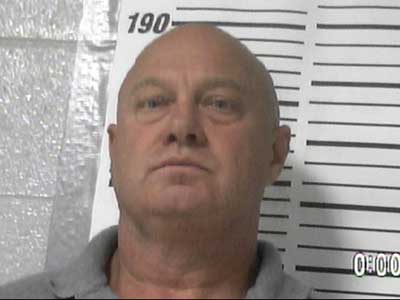 Tracy Campbell shared the content below about some four criminals involved with fencing stolen property, at least three of whom where also taking paychecks from people in their community.

Roger Lynn Shults and James Holt, both employed at the Newport, Tennessee police outfit, were indicted by a grand jury for fencing stolen property and other actions the pair hoped to keep quiet. The pair was joined in their efforts by Holt’s wife, Kathy Holt, who happens to be an alderwoman for the town, and her son Kenneth Myers.

Roger Lynn Shults brother Murice, meanwhile, is the top-dog at the Newport cop shop – are we to believe he had no inkling what his brother was involved with? The criminal Shults (yes, both subsist on stolen money, but in this instance the one being referenced is the one indicted) has now retired. Does that mean he’ll receive a pension? Will area taxpayers be on the hook to fund this unsavory character in perpetuity?

Shults and his cronies had been investigated by those employed at the Tennessee Bureau of Investigation, who were tipped off about the less-than-professional actions by a man named Jimmy Dunn. In addition to profiting by moving stolen property, Holt profited by selling prescription drugs in a school zone, while in his Newport police road pirate vehicle.If residents of Newport had the option, do you think they’d choose to continue hire for protection an outfit known to employ such crooks? Honestly it’s not surprising that these types of incidents occur – after all, Shults and Holt were operating in an environment that supposedly afforded them extra legal rights. They probably engaged in their illegal activity for years, believing themselves immune from repercussions.Known Police Accountability Groups in Tennessee