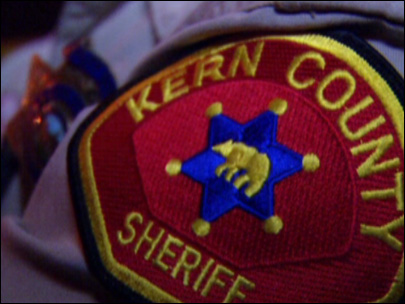 I have seen hundreds, if not thousands, of police related videos-not to mention my own encounters with law enforcement-and this one tops the list.  At least five officers (some might have been ‘bail enforcement’ agents) broke into a woman’s home.  They did so claiming to have a bench warrant and completely violated her privacy and property.

What bothered me the most about this situation are the actions and attitudes of those with badges.  Notice how they mock her with remarks like, “Your property isn’t your property when it comes to bail enforcement.” Or, “How did we get in?  I didn’t break down a door?  I don’t know what happened in back?”  Would these men feel the same way if this was their home?  I doubt it.

They continue to insult her intelligence when she asks them for their badge numbers (which in most states is legally required of officers) by saying, “I’m a bail enforcement agent.”  While showing the woman his badge, she replies, “I can buy one of those at Disneyland.” LOL.  Other officers state, “I’m a Kern County Sheriff’s deputy”, but nothing further.  Cops often say people who don’t want to give their personal information up have something to hide?  So what are they hiding from? Why do these officers (with one exception) want to keep their identity a secrete?  Are they ashamed of their jobs?

It seems this isn’t the first problem these people have had with the Kern County Sheriff’s department.  According to the description posted with the video:

Sheriff’s busted into my private home at approx 6 am on Tuesday March 30, 2010. They banged on the door and yelled “Open up… Kern County Sheriff” etc.. for about 4-5 minutes.. I was alone and they were looking for Joe, the man they beat up on the roadside a few months ago in Bakersfield, California. (see video “Joe Police Brutality on my channel” They said they had a warrant but when I demanded to see it, they then retracted their statement and said “We don’t NEED a warrant!!” They threatened to arrest me.. and tried to ORDER ME in my private home to “{back off” of them. See for yourself if I backed off… I do not follow orders of color of law nazi military agents.. they have NO AUTHORITY and NO JURISDICTION. They unlawfully entered and terrorized me. Then they went to my friend Alan’s dad’s house where he was and approached him with guns at his head and threatened to “RIG” a drug test on him to frame him for something. They also said they would kill Joe if they find him. They refused to identify themselves and when I asked one if he was a robot.. he replied “YES”!

I could go on and on about the violations and wrong-doings by these police officers but the videos speaks for itself.  If you viewed this and got the same ‘sick to your stomach’ feeling as I did, then call the Kern County Sheriff’s Department. (661.391.7500) Let them know you don’t approve of their officers’ actions.  Or, if you feel strongly enough, please file a complaint.  The level you want to push the issue to is up to you.  I shot the video below and plan on calling back during business hours. WinLiberty is also focusing on the Department’s policy for property searches, the nature of their warrants, who signed them, and more.  So stay tuned and remember to record your encounters with police and send them to Cop Block!