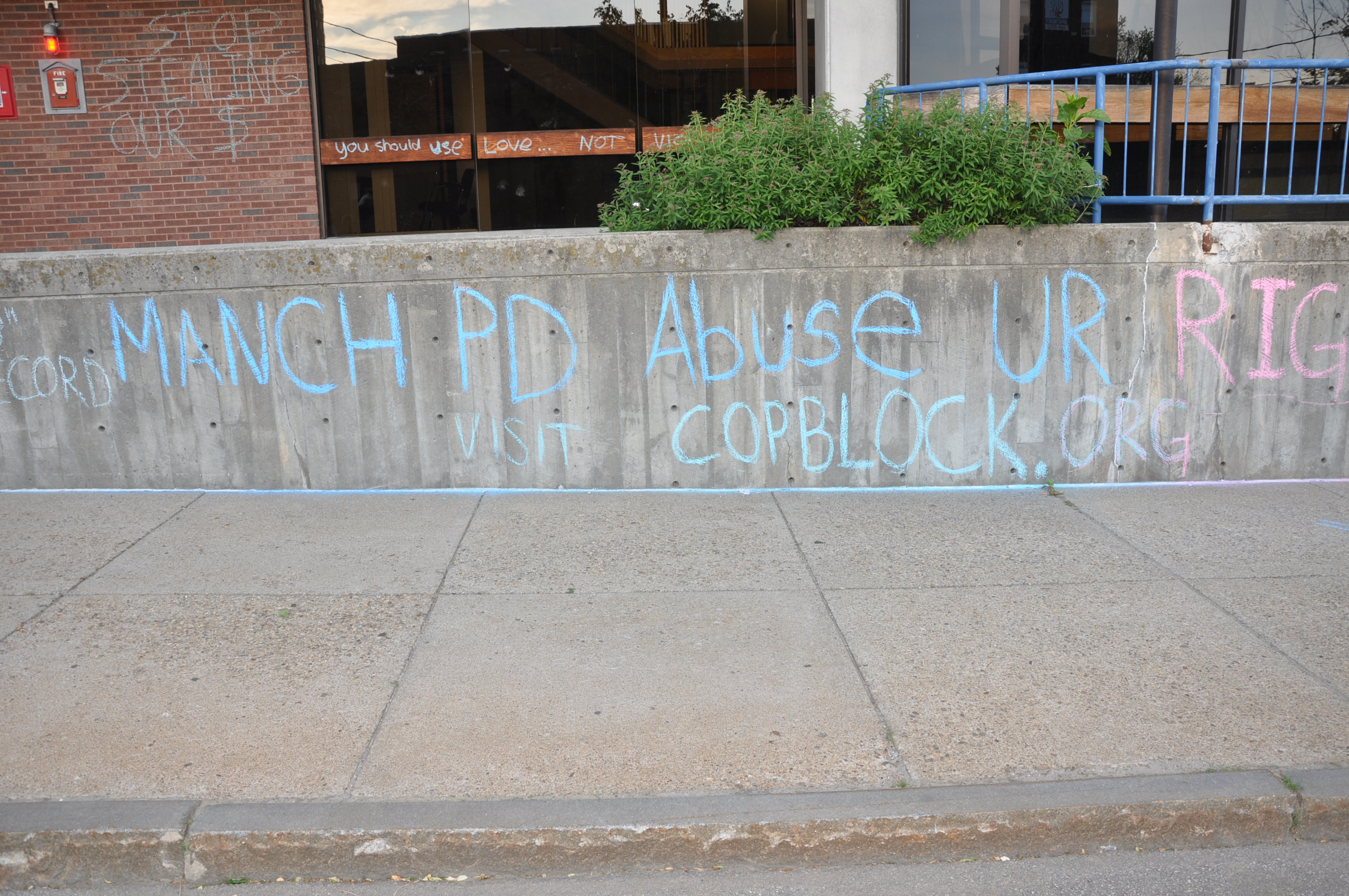 UPDATE: Officer Murphy has “no comment” about his excessive use of force and is still at work – “protecting your kids.”

UPDATE: The Police and Principal comment on the excessive force used by officer Murphy:

Mike, a 17 year old Junior at West High School in Manchester, NH, recently discovered CopBlock.org, thanks to the arrest of the Chalking 8, and not a moment to soon. Yesterday, while coming into the high school cafeteria, Mike noticed his friend was being questioned by the school police officer – Det. Murphy – and decides to film. In the mist of being grilled by another school official who states, “it’s illegal to film” Murphy provides the misguided administrator an exact example why filming police is important – oh, and it’s not illegal at all.

What’s more scary? Knowing cops are willing to slam a young man’s head off a table for saying fuck? Or taking their sister’s handbag? Or hearing teachers tell students that it’s against the law to film police interactions? Something courts have ruled time and time again is a constitutionally protected right? As well as the most logical conclusion you can come to when men with guns and a badge are around.