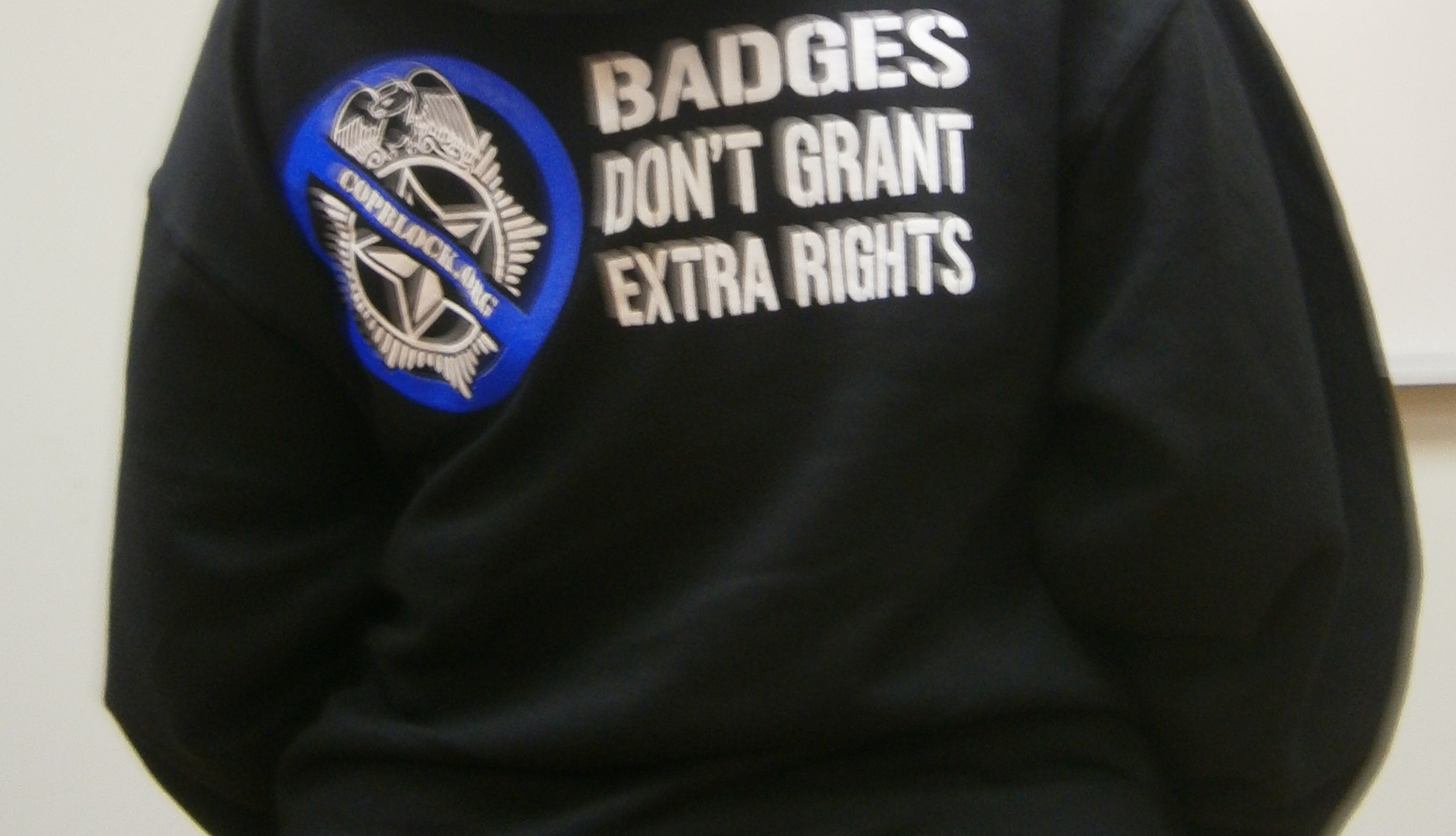 The video below includes clips from a couple different patrols of Manchester, NH. Just imagine if this was going on in hundreds or thousands of other cities and towns right now – there’d be a lot less instances of institutionalized violence.

As has been the case for previous patrols, it’s likely some may take issue with such tactics. But ask yourself – is the demeanor and behavior of those wearing badges something you want to pay for? Also, would you choose to harass and cage those engaged in consensual interactions for which their is no victim?

Sure, everyone wants to be safe and secure, but the current police structure does not provide that. Courts have ruled that police officers have no duty to protect the individual, only “the public.” And everyone, including those wearing badges, knows that they’re not held to the same standards as are you and I. “Sovereign immunity” – a man-made legal fiction, supposedly shields rights-violators wearing badges from being personally accountable, despite the fact that they, like those without badges, are responsible for their actions.

What about the fact that more than one person wearing a badge in the video above shined their lights at those who seek to hold them accountable? Does that make sense? If they aren’t doing anything wrong why act with such hostility? Without objective video or other documentation to prove otherwise, those wearing badges often set the reality in court – so much so that “testilying” is entering common vocabulary.

Do you want to pay grown adults who claim to work for you to not only abstain from civil conversation but refuse to return a friendly “Hello”?  If you were treated in such a way when shopping for groceries or shoes or a new car you’d probably choose to take your business elsewhere. Today that’s not possible, because those wearing badges claim the “right” to a monopoly of force. Don’t believe me? Try to open a business competing with the police and see what happens.

These are individuals who subsist on stolen money – on the wealth created by others. Yes, some of them are good people who took the job to help others, but the institution itself is sheltered from competition, which creates the perverse incentives for them to act in such a way.

So how do we mitigate such double-standards? By ceasing to grant authority to those who claim it based on their uniform or title. If something is wrong for you or I to do it doesn’t suddenly become right for someone when donning a certain outfit. For more on this, learn about voluntaryism.

For more, patrol-related footage, check out this video from early June: