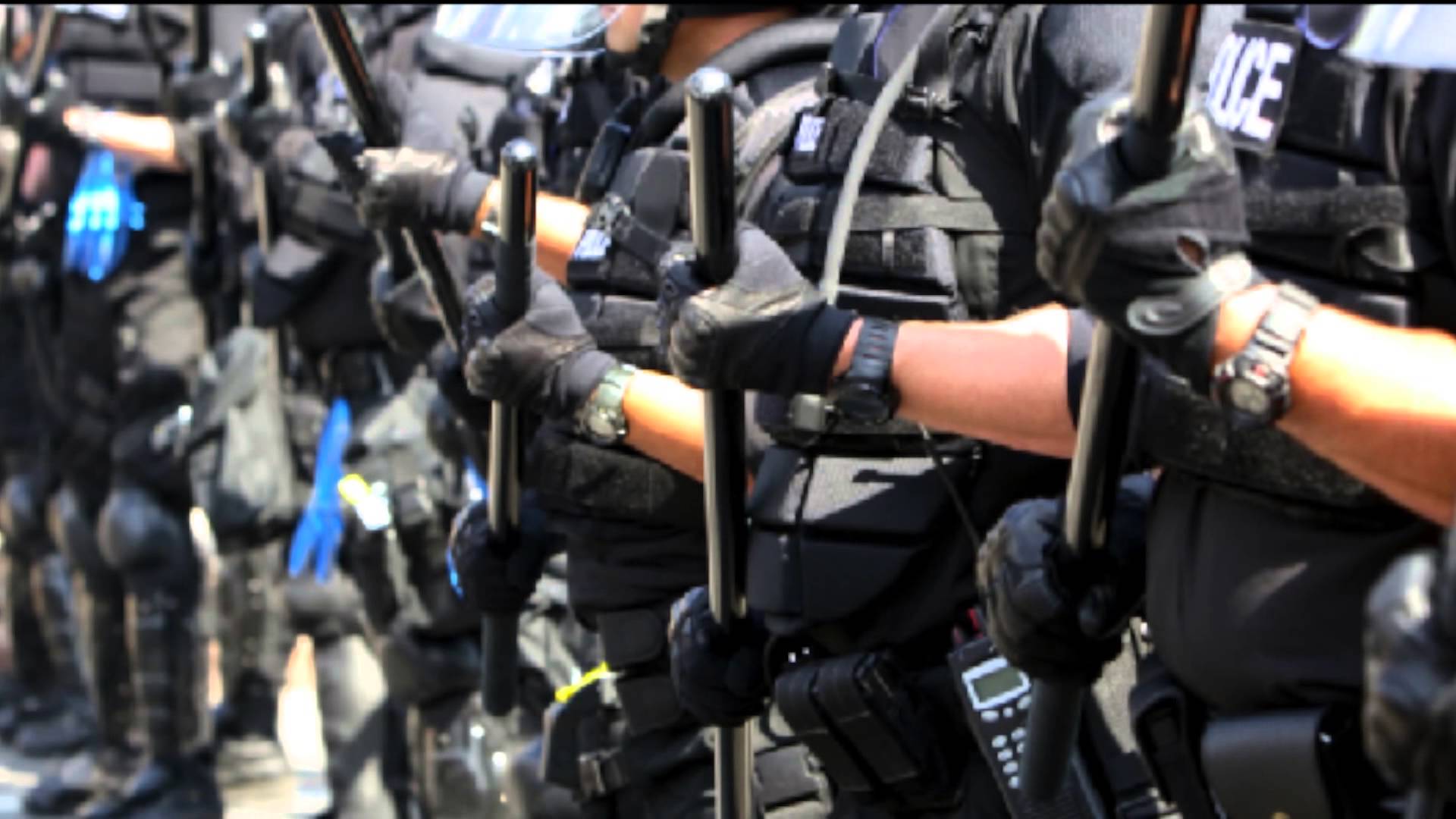 This write-up, by Scott McPherson, was originally posted to Patch.com on December 7, 2014. It is cross-posted here as it broaches a conversation that should be had.

Opinion: Do We Need Police?
Private crime is falling, while police crimes are growing.
by Scott McPherson

Last week police killed another unarmed man, this time in Phoenix. Rumain Brisbon was shot twice in the chest for selling drugs.

That’s not the official version. The officers said they “mistook” a pill bottle he was carrying for a gun. Of course.

And Eric Garner’s open, empty hand – held outstretched before him as a police officer choked his life away – was no doubt trying to effect a Karate chop.

No account of Brisbon’s actions – including from the police – claims that he was threatening anyone at the time of his death.

He also didn’t have a gun on him. That fact too has been acknowledged by police.

According to some, police officers are professional, highly-trained officers of the law on whom we must rely for our protection every single moment of the day. In these people’s terrifying world, barbarian hordes would overrun civilization if not for our “brave boys in blue.”

For many Americans, the boys in blue are the barbarians.

Police do from time to time save innocent lives.

Other times, however, they’re not so useful. They Taser old ladies, and throw hand grenades into babies’ cribs during their many commando-style SWAT raids. They even shoot kids that are playing with toy guns. An investigation of the Cleveland Police Department recently revealed that officers ”engage in excessive force far too often.”

But two issues loom larger than the efficacy or pathology of a professional enforcement class.

First, what purpose do police serve in a free society?

Cops should exist to keep the peace, to protect life, liberty, and property. Period. Those whose actions do not harm others or interfere with their equal freedom to use their own bodies and/or property in a peaceful manner should never face a thug scrum of uniformed harassers. Ever. Accidents happen, and mistakes can be made. But they should result from human error, not design.

Some members of the public seem to delight in seeing police officers employing all manner of force against legally disarmed civilians, for purposes other than the protection of life, liberty, and property – which tells us a lot about the psychology of such people. It doesn’t change the nature of legitimate power.

Second, we should remember that police power is by definition nothing but an extension of the legitimate power each person holds to defend his life and property, and the lives and property of others, against criminals. Most people prefer to spend their time in more productive pursuits, and so delegate that task to the police. Yet in order to delegate authority to an individual or group, one must first have that power in oneself. It is not a magic conferred from on high to an enlightened elite, but instead an extension of everyone’s right to self-defense.

Nor does the day-to-day performance (in theory) of this task by a professional police force mean that individuals surrender this right and power. Far from it: In the United States alone, millions of private citizens use force to defend themselves, their loved ones, and their property every single year. Private citizens kill more dangerous maniacs each year than do the police, and self-defense radically reduces the likelihood that one will be injured in a criminal attack. Tips from the public, and not ”good police work” – and certainly not Gestapo-like tactics – are what solves the vast majority of crimes. There is evidence to suggest that private use of force against criminals is not only more effective, but considerably cheaper.

Despite the number of cops killed “in the line of duty” (which conjures images of deadly shootouts with bad guys, but is also applied to health-related and automobile-related deaths while on the job) dropping to an all-time low, and violent crime in general steadily decreasing over the last two decades, those killed by the police remains constant. Police departments are also becoming more militarized. In other words, ”the public” is less of a threat to police (who, remember, volunteer for this job), or to each other, while the police pose a continued and growing threat to the civilian population.

It has been estimated that for every police officer in the United States, three private security guards are employed. It’s easy to mock these security officers for being second-rate; the federal government knows better. That’s why groups like Blackwater are in Baghdad, or New Orleans after Hurricane Katrina. Less qualified security officers are found watching convenience stores and the like precisely because property owners realize that they can deter criminals without looking for trouble. To a hammer, by comparison, everything looks like a nail.

Many people are either unwilling or unable to protect themselves, or do not have the financial means to employ private security. For them, the existence of a professional police force is vital. Everyone should be able to dial 911 and get help. Sadly, this image too of police is much more myth than reality: They have no obligation to respond, and you have no legal recourse if they do not. Not that it will stop them from trying to sue you, if you don’t do enough to protect them!

More often than not, cops only show up after crimes have been committed to take pictures and file paper work – that is somehow forgotten, as is the much more typical use of police officers as revenue collection agents for the State. For example, Eric Garner died for selling untaxed cigarettes.

Whenever – if ever – the usefulness of police is questioned, a cadre of apologists are always on hand to declare that we would all be helpless babes without them.

Almost every single one of your fellow citizens – probably better than 99 percent – are decent people, who do not require a cop breathing down their neck to do the right thing. It’s easy to be cynical about others – or to think of them as stupid, as our president does – but the likelihood of your coming into contact with a madman is virtually nil. Each person should still take steps to provide for his or her own security – it’s a matter of personal, moral responsibility. Interestingly, many of those who dismiss the need of each individual to be prepared to defend himself from a potential attacker become terrified of their own shadow when anyone suggests that cops take a more relaxed approach to law enforcement. That’s a bit of a contradiction.

Should we have professional, tax-funded police officers? Would we better off without them? Maybe so, and maybe not. One thing is for certain though: If we continue to demand that cops police our fellow citizens’ every move and behavior, employing the full force of government power against those who have not themselves engaged in violent behavior, but instead are merely practicing some lifestyle with which we do not approve or, at worst, committing some minor, victimless infraction, the body count of innocent civilians will only grow. That bad people do exist, there is no doubt. That doesn’t justify a hyper-aggressive police force constantly looking for skulls to bust open.