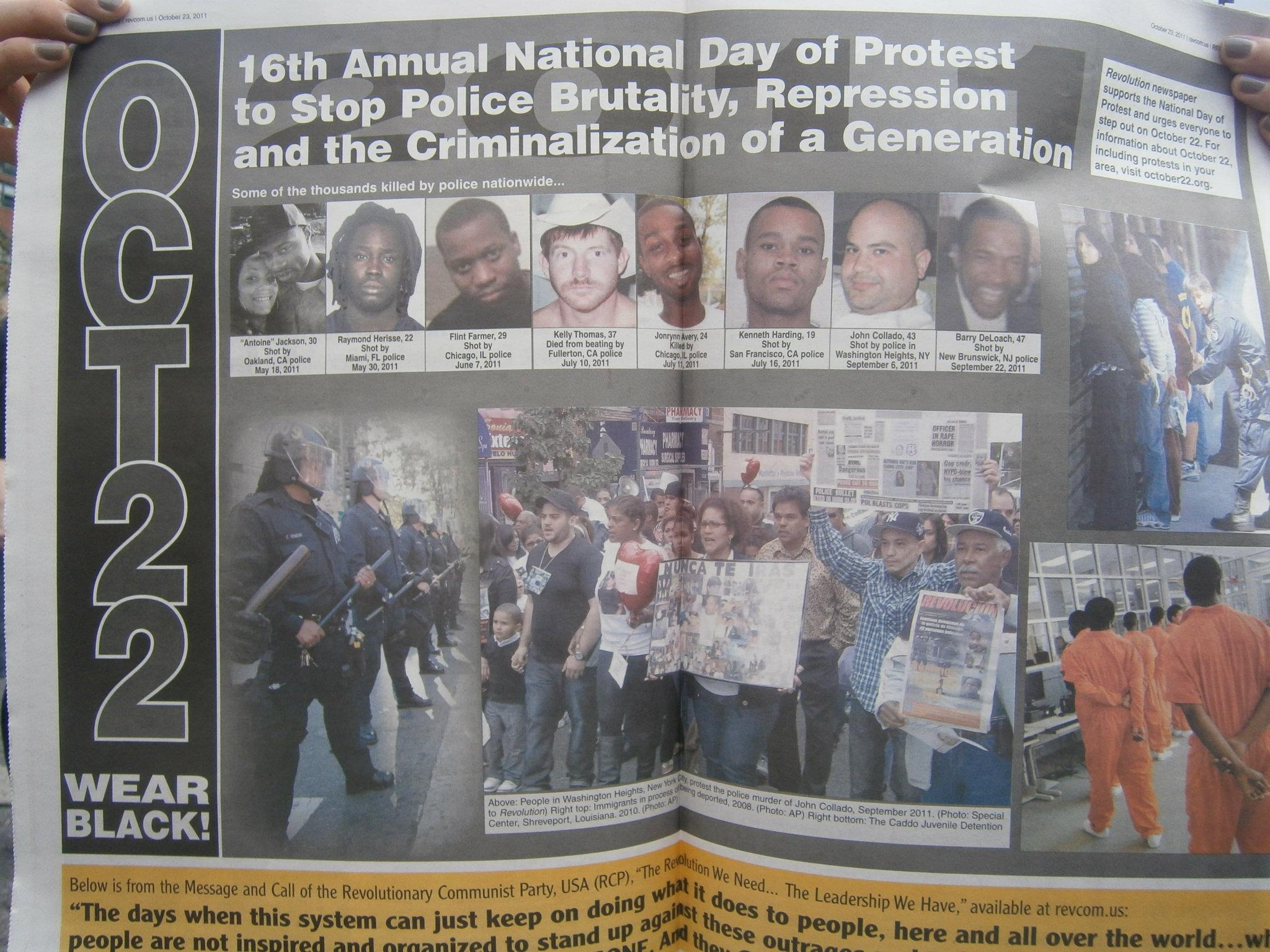 The October 22nd Coalition has since 1996 spearheaded The National Day of Protest to Stop Police Brutality, Repression and the Criminalization of a Generation to give a voice to those who have experienced the very real and very negative effects of individuals who work for an institution that claims a “legitimate” monopoly on the use of violence.

So how do we change the Statist Quo? A starting point, which is already being done, is to identify the problem – the clear double-standard for those who wear badges. But that’s not enough. Far from it.

If you want to live in a world where those who claim to “serve and protect” aren’t in reality those who are most-likely to violate your rights don’t get bogged down in minutia. Calls for a new “leader” or a petition or another reform are nothing but window dressing. Even if implemented the same system that allows for unaccountability still exists.

Strike the root. You know that badges don’t grant extra rights – communicate that to others and act accordingly. Hold individuals responsible for their actions, regardless of their employer. Refuse to grant authority simply because it’s claimed. Stand up for your rights and support others doing the same. Refuse to feed the beast. Failure to do so will only delay justice and in the meantime result in more victims of police brutality.

More:
Public vs. Private Police: Which Would You Choose? essay by Ademo
“Justice Without the State” by Bruce Benson video about law enforcement alternatives
National Day Against Police Brutality – Atlanta coverage of 2010 rally