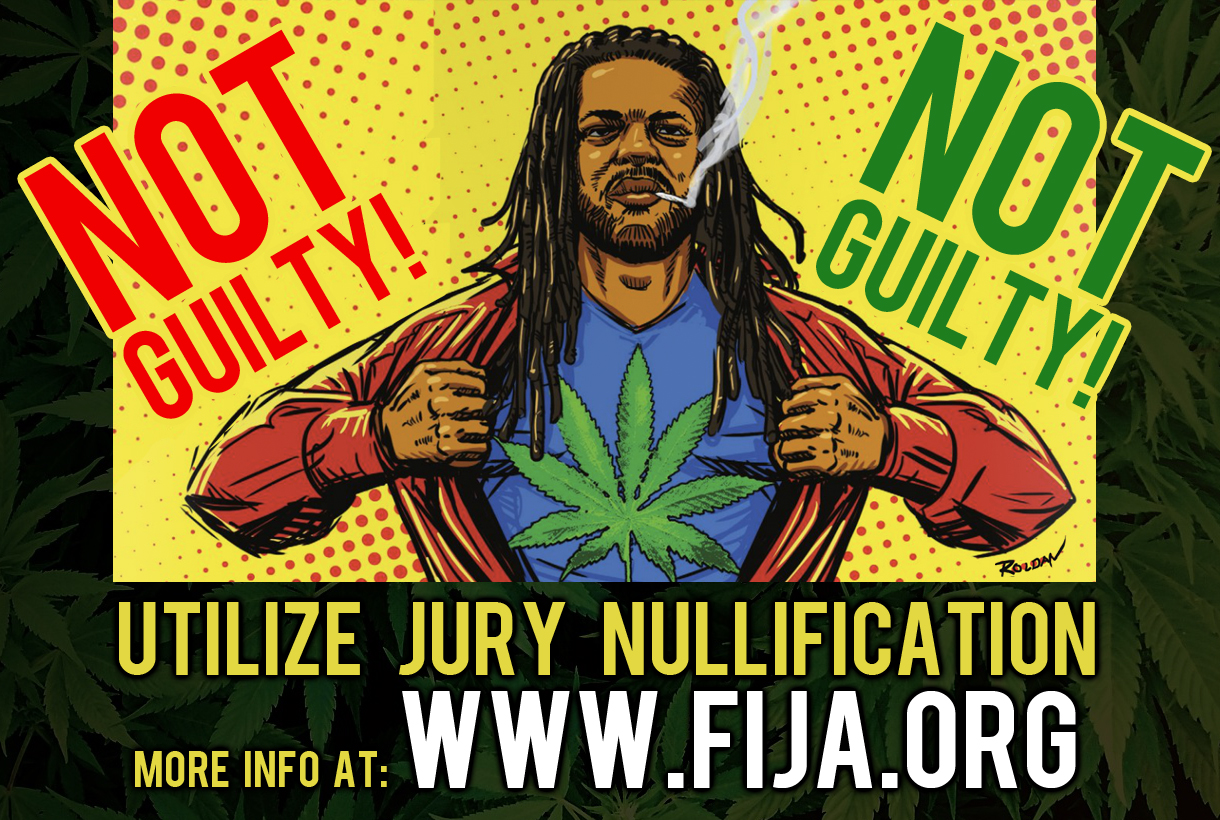 Press release announces that NJWeedman trial starts on 2012.05.01. In its entirety:

State of New Jersey –vs- NJWeedman FACTS – On Jan 18th, 2010 the State of New Jersey passed the Medical Marijuana Compassionate Use Act, this act recognized the medical value of marijuana.

On April 1st 2010 Easter weekend (I) “NJWEEDMAN” traveled home to New Jersey, from California for a family visit and I was arrested for possessing my “medical marijuana”. Although I had a California state issued marijuana card I was charged under the New Jersey State criminal statute that erroneously classifies marijuana as a schedule 1 drug (having no medical value).

In my opinion, and hopefully the opinion of my JURORS the NJ criminal marijuana statutes have been rendered moot with the passage of the Medical Marijuana Act

I have refused all plea offers and instead demanded a JURY Trial. I’m hoping my jurors JUDGE the Law, utilze their right to nullify and say NOT GUILTY. I plan to openly advocate to my JURY to reject Gov Christies marijuana (non)policy and acquit me. I ask the reporters of the entire State to cover this trial, to cover the real story here: “I refuse to be another JOHN RAY WILSON”
http://home.njweedman.com/node/201

INFORMATION
(1)     – Beginning on Sunday Night April 31 I will be camping out (Occupying the parking lot) of the Burlington County Courthouse and I plan on staying there until I’m acquitted by my JURY. I believe the case will be over by Friday.
(2)     – I’m hoping my supporters show up and OCCUPY the courtroom during every phase of my trial.
(3)     – I’m running for US Congress in the 3rd district
(4)     – I’m running for State Assembly in the 8th district

In a write-up by PhillyBurbs.com, Ed noted that “his courtroom pitch will appeal to ‘common sense.’”

The law they’re prosecuting me under is unconstitutional . . .The (federal law) classifies pot as a Schedule I drug, which means it has no ‘accepted’ medical value. On the other hand, the state of New Jersey has approved the use of medical marijuana. So, which is it?

Ed posted PayPal’ing 4 a Pothead to YouTube.com/NewJerseyWEEDMAN asking supporters to pitch-in to help cover fuel expenses as he travels from the west coast to Jersey to engage in damage control and stand up for his rights.

Ed learned that his trial – set for April 10th – was delayed 2-3 weeks. He had left California on Mach 20th and drove across the country to stand up for his rights. The Philadelpha Inquiror noted that court spokesperson Donna Mazzanti “struggled Thursday to explain the postponement.”

Thanks to an unnamed person, we obtained “judge” DeLehey’s contact info. Feel free to let him know your thoughts on his levying of threats against Ed.

“He’s a champion of the freedom of expression, with the courage to live what he preaches.”

So said Jim Babb (an awesome activist in his own right) about Ed Forchion, aka NJ Weedman. After becoming more familiar with Ed’s situation I think you’ll agree with the assessment.

Forchion was eventually indicted on one count of felony possession with intent to distribute, and because of his prior conviction he now faces 12 years in jail. The Burlington County Prosecutor’s Office has already offered him a deal that would put him in the joint for about a year, but—haunted by regrets over taking a similar deal a decade ago—Forchion says he’s fighting this case to the bitter end. “Any deal that requires me to go to prison is not a deal to me,” he says. “I don’t want to spend four minutes in jail. I’m going all in. I want a fair and complete trial, and I want … 12 of my peers, to decide my fate. I got arrested on April Fool’s Day, and pretty soon we’ll find out who’s the fool—me, or the state.”

The 47-year-old’s trial is set to begin at the Burlington County courthouse on Tues., Oct. 18. Again, he’s representing himself, and again he’s planning to use a jury nullification defense—a risky strategy that will put the marijuana laws themselves on trial. If he loses, he forfeits his freedom and squanders the modestly successful life he cultivated for himself with his second chance. But, absurd as it may sound, a Forchion victory means that not only would he beat the system, he could potentially weaken those existing laws and help legions of fellow weedheads to escape similar prosecution. “I want to be the Roe v. Wade of marijuana legalization,” says Forchion. Last week at a pre-trial hearing in central Jersey’s Burlington County, “judge” Charles Delehey made a number of sweeping orders, which Babb summarized:

Basically, Ed is being blocked from making any meaningful defense. Facing the strong possibility of jail, Ed chose to have bone tumor removed from his leg prior to the “trial.” The judge granted his request for a 6 month continuance for Ed to recover. Ed had a similar condition the last time he was in jail. He was given aspirin for 8 months until an outside physician came to his rescue. Avoiding this situation again is very important.

Almost any rational person will agree that an individual has the right to put into their body what they choose, knowing that they alone are responsible for their actions. Otherwise, we are but slaves to those who define what is allowable and what is not. And though Ed has advocated such a perspective, on Saturday when I spoke to him on the phone he said that if people want to help him they can call “judge” Charles Delehey and tell him to “Give Weedman a fair trial.” That’s it. Ed is confident he can successfully shake the threats levied against him if the process unfolds as its supposed to rather than based on Delehey’s orders, which he says clearly violate the Sixth Amendment.