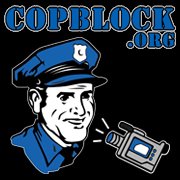 In the wake of the shooting deaths of two New York City police officers, it has come to our attention that a number of news websites and even the corporate giant, Fox News, have engaged in defamatory and libelous allegations about the police accountability organization known as Cop Block. While Cop Block is decentralized, based upon groundbreaking, alternative approaches to non-hierarchical leadership, we have agreed collectively to respond to some of the slander that is emanating from fear-mongers in the mainstream and “wanna-be” mainstream media. In June of 2014, Cop Block released a very widely-circulated and publicized statement about our absolute commitment to the non-aggression principle. The non-aggression principle asserts that initiating or threatening violence against a person or legitimately owned property of another is always illegitimate. We believe in self-defense rights. But self-defense is defined as protecting yourself or others from imminent harm. It is part of the non-aggression principle, as self-defense is, by definition not an act of aggression, but of defense. In this statement, and in our denouncing of all political violence, and targeting of police officers with political violence, we preemptively made a statement about the killing of the two New York City police officers who were killed last weekend.Some sources have run “hit pieces” on our police accountability organization and individual activists. They have encouraged draconian censorship policies, as well as the singling out of police accountability organizations for removal from social media. They have paid no attention to groups which are actually violating social media terms of services. They have not chosen to go after pedophiles, pro-abuse groups, nor have they attacked the support pages for such criminals as the Sikh Temple shooter or terrorist groups. Instead, they have targeted a police accountability organization – warning readers to watch out for any organization purporting to hold police accountable. Their primary evidence against us is not our own words – as they would in fact exonerate us – but instead, the words of internet trolls who post in the comment section of our articles and posts. Since these “hit pieces” could find nothing in our own literature or statements to support an attack piece, or their articles calling for censorship of our critique of various officers, police departments and the like, they have imagined that we should be banned based on comments by those who are not involved with Cop Block. This is a dangerous and disturbing precedent. Imagine if someone were to troll CBS’s website or social media account and post something hateful there. Should CBS be blamed for this? Now imagine if CBS had said from the beginning that they denounce such comments? What kind of journalist would try to advance a hit piece attacking them for a comment made by a third party which they had already denounced?These “journalists” realize that they can generate traffic by demonizing the idea that is Cop Block or making a ridiculous leap to connect us to some tragedy in which we have already denounced. If they can make themselves out to be the Internet-age “super sleuths” they imagine themselves to be, people might tune in or click on their articles. This increases their bottom line. At the end of the day, they are slandering us to make you afraid and to increase revenue. That is exactly what it is all about to them. If they had the slightest bit of proof against Cop Block then they would have presented it. But instead of presenting evidence against us, they have presented comments from trolls and tried to blame us for them. We have, at every turn, denounced revenge, violence, and even disassociated from individuals who seemed to celebrate misfortunes of others. There was no hesitation on our part, nor will there ever be, if anyone would, in the future seek to use our name as a platform to celebrate things which are contrary to our principles of non-aggression. We have among us people of all backgrounds, ethnicities, creeds, and political views. While there is significant diversity in Cop Block, the non-aggression principle is the foundation we will not allow anyone to break. If any “news” report tells you otherwise, it is because they want you to be afraid, because fear is the only way they have figured out to get you to pay attention to them.READ MORE: http://www.copblock.org/56454/cop-block-is-committed-to-the-non-aggression-principle/http://www.copblock.org/just-like-police-employees-we-each-speak-for-ourselves

No permission is needed to share,copy, and republish any content found at CopBlock.org

Join or Start a CopBlock In Your Area