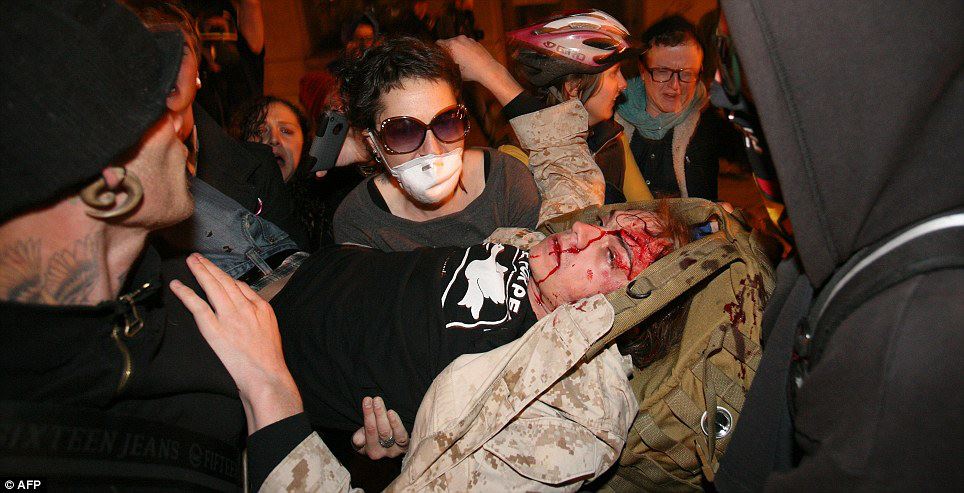 Police and their supporters always talk about how policing is such a difficult and dangerous job. As with most things related to police, this attitude is derived from general misconception, ignorance, and a tendency of people to arbitrarily worship those in fancy uniforms. Year after year, policing fails to make the top ten list of most dangerous professions. The dangers they face on the job consistently fall below that of pilots, loggers, sanitation workers, farmers, fishers, etc.

Further, much of the dangers they face on the job are self-imposed, which lends even more reason to withhold sympathy or respect with regard to the “dangers” of their profession. Despite the incessant whining from the media and police community about increased violence against police, officer deaths have been on the decline in the last 25 years.  40 percent of their deaths are due to police failure to wear seatbelts during traffic accidents (more here). Basically, the local garbage man has a more dangerous job than a cop, and when a cop dies, there’s a huge chance he died because he was an idiot, not because the scary people out in society were out to get him, as most people would have you believe. But what is truth to the police and their cronies? They continue to drone on the tired bit about bravery in the face of danger, and heroic efforts to “protect” the public. Yes, they are so brave – this must be why they have special laws to protect them when they mistreat, beat, or kill ordinary people, but demand special punishment when people mistreat or injure them. When a police officer abuses, mistreats, or kills an individual, he is subject to qualified immunity, which is a substantial hurdle for the victim to overcome, if he seeks to sue the officer.

On the other hand, police face no such hurdle when others injure them. They are taking great delight in this as the Occupy Protests continue. Police sergeants in New York have stated they are planning to “pursue legal action” against demonstrators who injure police. Of course, if they injure the protesters, no harm, no foul.

Ed Mullins, President of the NYPD’s Sergeant’s Benevolent Association, stated that, “any assault on a police officer is not only punishable as a felony in the State of New York, but will also be met with swift and certain legal action…”. Right. When the police wrongly arrest people, or otherwise abuse them, it’s business as usual, and the victims have no recourse. When the police shoot a man peacefully standing around in the head (see picture above right) with god knows what, and crush his skull, then throw flashbang grenades at people who attempt to come to his rescue, it’s no big deal.

But if ordinary people so much as touch a hair on an officer’s head, there will be “swift and certain legal action.” These threats clearly are coming from bullies who are trying to squash free speech, not the heroic protectors police claim to be. But they’ll keep telling you that it’s all to protect and serve.