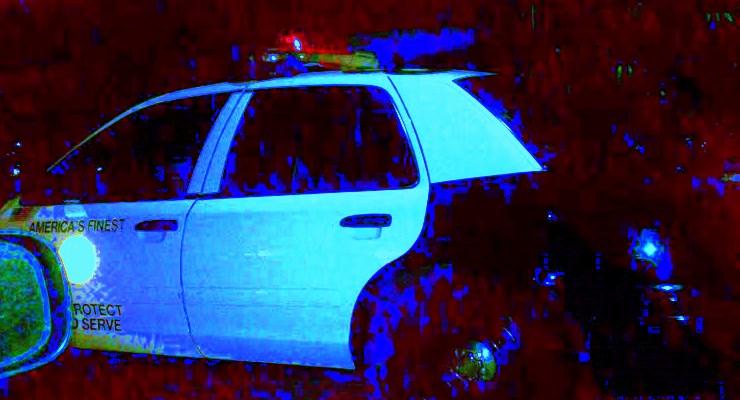 So if you look at the above link, you will see quite a bit of traffic on a flyer found at an Occupy event. These are all from cops, most of who seem either ready to fight, ready to kill, or just generally cop-like… all mostly because they are blinded by the personal nature of what the flyer implies, rather than the overall concepts behind to the publication. Here are some of their responses:

“The flyer originated from an anti-cop website called copblock.org. They compare all of us to soldiers under Hitler or Lenin. What a load of junk. ” – Schrodingerscat

There is a good correlation there to make this claim. If you review the actions of the police in regards to the current actions they are taking against UNARMED protestors who are simply exercising their First Amendment right to assemble and protest; you can easily see how the actions of the police are aggressing against the rights of sovereign individuals under the guise of “just following orders”.

If… the machine of government… is of such a nature that it requires you to be the agent of injustice to another, then, I say, break the law.  ~Henry David Thoreau,On the Duty of Civil Disobedience, 1849

So, the fact that you, the police, are willingly and enthusiastically seeking to engage in violence against unarmed people exercising their rights, philosophically, do they not have the right to defend themselves, even up to deadly force if deadly force is being imposed on them?

What we see now are the police “doing their job”, just as the SS and other tyrannical forces did to keep the people under their control. Not all cops fall into this category, but what we are seeing now shows that there is major corruption in the field of law enforcement as a whole.

Remember who you work for.

“They were raised to be whiners. if they had 1/10th the focus of the TEA Party, they would be a force to be reckoned with. But they don’t. That is why they will be perpetually dismissed and will ultimately resort to the only the thing they understand… anarchy.” -Interceptor828

Despite the lack of depth in concepts outside the Left vs. Right (probably from lack of education on the matter), the critique of anarchy does not apply here. Anarchy would still have a level of miscreants as our current system; however, it would provide the individual more access to to protect and defend themselves without overbearing “red-tape” that resides in what you consider a “justice system”. However, while your assertions may be true to a point, it is your attitude toward them that affects your judgment to treat them fairly. You and others have been able to dehumanize them, blinded by the glare from your badge or riot shield, and because of that you haven’t questioned your role and position in the equation. Take a look a what you carry in your hand versus what they carry in theirs and tell me what the difference is…. then tell us who the “violent” ones are.

“We have a job to do. We have to uphold the laws and rights of the citizens regardless what we think of them. ” – foolio

Damn… the closest thing to a logical thought you will see in this thread. That person may have the chance of working their mind away from the statist mindset and find a real job helping people.

“These people TAKE OVER city property and trash them. Most parks that I’ve been in have signs telling when they are not to be OCCUPIED. Go in and make arrest, however needed for trespassing, littering, etc.  ” -fitzpatrickd

Ahhhh… the tragedy of the commons. How can someone “take over” property they pay for? Wouldn’t they just “use” it? After all, you and the parks occupied are owned/paid for by the tax payer. Is it not their land to trash, if they pay for it and own it as part of the public?

Or are these parks paid for by tax payers, but owned by arbitrary politicians and regulations, contracts made that these tax payers don’t agree with? You say “city” property, but who owns the city? Who funds the “city”? The same people you are aggresing against.

If someone was preventing you from using your property and preventing your right to free speech and assembly by force and violence, would you not use force to defend yourself?

The wearing of uniforms and badges do not exclude you from acts of force in the realm of others defending their rights to speech and property.

“This almost crosses the line from free speach [sic] to criminal activity. In my lifetime I would never have even considered saying never mind printing something this disgusting.” – irmomarshal1

How can you cry “criminal activity” when no crime is committed? An idea, a concept, is not an action that can ever be truly criminal, unless action is taken on that idea. What you are proposing is a direct violation of the First Amendment and by default, approving of a level of censorship in this country equal to that of China.

How do you defend the Constitution and then champion against it in the same breath?

The website is full of responses like these, close minded and “doing as told” mentalities coupled with insecurity of self without the backing of government. The real solution here is quite simple…. when the police realize they are a defensive force to “protect” and dispose of the notion that they are an aggressive force to “enforce”, attitudes toward them individually and collectively will change. What we see on this thread are simply people who are raised to be political livestock attempting to herd others by force who are scared when the others propose the ideas that defense, even to the extreme, may be justified to protect one’s person and property from the ever present police state.

Related Post:
“When Should You Shoot A Cop” – By Larken Rose
“Politicos Attacked for ‘liking’ CopBlock.org Post”
“Hello, Arizona Counter-Terrorism….“