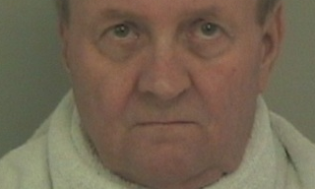 The following, originally posted by Matthew Watkins at The Dallas Morning News, was submitted by Dustin.
Published: 30 October 2012

A former Sulphur Springs police chief was sentenced to three years in prison Tuesday after admitting to molesting a family member more than a decade ago.

Donald Gene Lewis, 63, pleaded guilty in Collin County to 10 counts of indecency with a child. The crimes were alleged to have occurred between 2001 and 2004.

The case didn’t turn out how the victim had hoped, but she said she was glad to have closure.

“I went into it thinking he was going to spend the rest of his life in prison,” she said Tuesday. “You take away someone’s childhood, the least you could do is take away his elderlyhood.”

Collin County district attorney’s office spokesman John Schomburger said cases in which the victim cries out long after the crime was committed can be difficult to prosecute. Still, he said, prosecutors consulted with the victim while putting together a plea deal and made sure that she approved before it was finalized.

With a plea deal, the victim said she is glad she won’t have to relive the crime during a prolonged trial.

“I have been dealing with this for so many years,” she said. “I think it is ridiculous that victims in these circumstances have that much pressure of being thrown mud on. I am relieved that I don’t have to sit there and [be] made to look like an idiot.”

The victim spoke on the condition that she remain anonymous. In general, The Dallas Morning News does not publish the names of sex crime victims.

Lewis will receive credit for the time he has served in the Collin County Jail while awaiting trial. That amounts to 307 days, according to court records.

He retired from Sulphur Springs in 2001 after spending 25 years at the department, though it’s not clear how many of those he served as chief. After his retirement, Lewis joined the University Park police department. He worked there from 2002 to 2008.

Lewis’ lawyer did not return a message seeking comment.