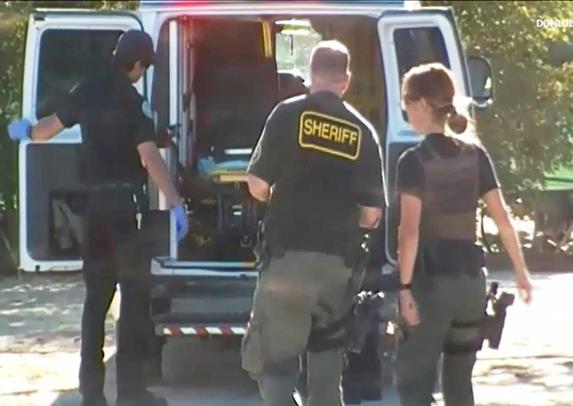 This post, originally published at www.LastResistance.com, was shared anonymously via CopBlock.org’s submit page.

Police have a penchant for smelling things that aren’t there. This is why we’re often advised not to roll our car window down all the way at a traffic stop. Leave it cracked just enough so that you can hear the officer, he can hear you, and documentation can be passed back and forth. When it’s rolled all the way down, that gives the officer room to smell inside your car and claim that he “smells marijuana,” in which case he has to search your car for other drugs and weapons. So, you sit on the curb for an hour and wait for the police K-9 unit to show up so they can order the dog to “alert” to give them the excuse needed to tear your car apart. After they don’t find anything, they reluctantly let you go free, but not without a ticket for “failure to maintain your lane.”

If only this story had ended similarly, then a retired electrical engineer who worked at Lockheed Martin would still be alive today. Police claimed to have smelled chemicals associated with the production of meth at this man’s and his wife’s residence in Littlerock, California, located in Los Angeles County. That was enough for a judge to grant them a search warrant.

So, they burst in their house one night in June earlier this year unannounced to uncover the meth operation they were sure was going on there. Since it was the middle of the night, the 80-year-old man Eugene Mallory was asleep. When he heard the break-in, he was awakened, but before he was able to get out of bed, police shot him six times, and he died.

The police of course claim he pointed a gun at them:

“Age does not preclude somebody from being aggressive toward deputies,” said Steve Whitmore, a spokesperson for the Los Angeles County Sheriff’s Department, in a statement to local news. “The lesson here is, and obviously forgive me for stating the obvious, but don’t pull a gun on a deputy.”

But Mallory’s much younger 48-year-old wife Tonya Pate denies that he pointed a gun at anybody. Besides, he had very poor eyesight, and he wouldn’t have known they were officers without his glasses, and he wouldn’t have pointed a gun at anyone without being able to see who it was. His glasses lay folded at his bedside when he was shot dead. He didn’t even have time to put them on.

They went ahead and searched their home after executing the old man. But they found no meth. They must have been watching too much Breaking Bad.

However, the police had to have been ecstatic when they found a small amount of medical marijuana on the premises. It belonged to Tonya’s son (from a previous relationship) who lives in a trailer on their property. He uses it for a health issue. (Hey, stop snickering. Maybe he really does have a health issue.) And they found two guns, which belonged to Mr. Mallory. I guess having guns makes you an underground drug lord. (Again, too much Breaking Bad.)

But remember, they raided this man’s house because they thought there was a meth operation. They didn’t suspect anything about marijuana. That was a convenient coincidence that the police are now using to justify their raid. Here’s Whitmore again:
“The truth of the matter is it was a narcotics search warrant. And what did they find on the premises? They found marijuana and they found a full grow operation that was producing the marijuana on site. The gentleman pointed a semiautomatic weapon at our deputies, and deputies, fearing for their safety as well as others, instigated deadly force.”

Now, Mr. Mallory’s wife Tonya has filed a $50 million wrongful death lawsuit against the police department. I doubt she’ll get anywhere near that much, if anything at all, considering the police found a “full grown operation” (which may or may not have been illegal) and two guns.