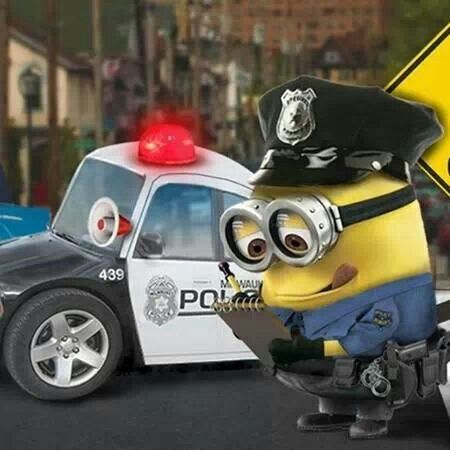 In order to turn the tide against the unravelling juggernaut of the US police state, we are going to need every tool at our disposal. Those of you out there reading this undoubtedly have such a great variety of skills and talents to add, it would be a shame to see them put to waste just because you didn’t know you could help. A week ago I was writing to a small audience of friends and now I have the opportunity to reach out to the readers of the Cop Block network and ply those skills as a writer. Whatever it is that you do it can (probably) help, even if you do not know how yet.

As the old saying goes, you can catch more flies with honey than vinegar. Several years ago I was introduced to stand-up comedian Bill Hicks. Through the thick haze of his anger and disappointment with humanity came roars of laughter. He could tell the ugliest truth just by wrapping it in a joke, and whether they wanted it to or not, that truth stuck in peoples heads. For me, comedy is the most powerful medicine, especially in a world that seems to hum a gentle tragedy beneath its breath. Almost always, laughter can clear that stale song and replace it with an epic symphony of laughter, unity and understanding.

So it is in that spirit that I share the following satirical piece I wrote a few years ago. Welcome to a world so consumed by policing that it has come to its logical conclusion and replaced all other careers with citing your friends and neighbors for a menagerie of endless infractions.

“All The King’s Minions”

“Shut up and make the report already.”

“Yeah, I know, Dick. But you don’t have to take so much joy in it. I was just trying to get to my daughters recital on time. Besides, its Departments fault that I am running late. You’d think they might cut us some slack, wouldn’t ya?”

“Rules are rules. We all have a duty to follow and enforce them. You know that. No reason to be so glum, it’s just a minor citation. Try to think of it all as a game. That’s what I do.”

“Sometimes I wonder if we haven’t all gone completely mad.”

“Well, the world went crazy several years ago, Sam-O. We all gotta do our best to live in it as it is, though.”

“Have you ever heard of the term ‘tattle-tale’, Dick? Of course you haven’t, why would you? A long time ago this is what you called a child who reported every infraction to their superiors. It was considered juvenile even for a child. But now this is what we all do. All of the time. Doesn’t it ever seem like it shouldn’t feel like a game, Dick? Like something went horribly awry along the way and now here we are, watchmen watching watchmen. Tempting each other into disobedience so that we get credits for the report? What kind of life is this, Dick?”

“Hey Sam, you haven’t been hanging out with those Individualists, have you? You know I would have to report you. You know what they would do if that happened, right? I like you, Sam. Why can’t you just accept things the way they are? Sure, it seems like a bit much to all of us sometime or another but rules are rules. Without them we would have no order. You gotta take the bad with the good.”

“I guess you are right. It’s just that sometimes I wonder if we haven’t created the worse to protect us from the bad. Ever since Department has had to cut back credits per report it just seems like all we ever do is cite each other. The only time I ever see a friend these days is when I am getting or giving a report on one. But you are right, we gotta have order and this is what we got. I do my part to make the best of it. Don’t worry about me, Dicky pal, I’ll be okay. No Individualism for this guy. I’m probably just jealous we are even on reports again. *chuckles nervously* I’ll have to keep a close eye on you.”

“That’s the spirit Sam ol’ boy! You’ll get me back soon enough. Hell, Evans got me two times yesterday for jay-walking. Each time I was sure nobody was watching. Wasn’t a soul around but he got me. Lucky bastard! Speaking of which, his lawn is looking a little too green if you know what I mean. I’m gonna go see if I can catch him watering it again. That’s a double credit report all this week! Good to see ya.”

“Good luck, Dick. And just a tip, take a measuring tape. That tree on the west side of his lawn had some branches that looked to be a couple of inches below minimum height code. You’re gonna need that three-for when I get you back and take my rightful lead.”

“Dream on, buddy, dream on! I’m clean as a eunuch’s jock strap these days. *laughs* Dick out.”