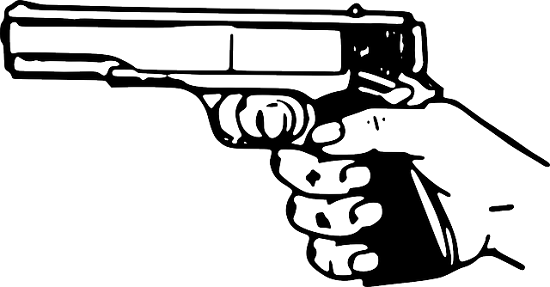 Last Friday in Santa Ana, Ca, Jacob Emory Swigger was arrested and charged with felony excessive force and assault with a firearm. Swigger, 39, of Lake Forest, was an active police officer with the Signal Hill Police Dept. at the time of the incident last November. He has since been dismissed from the force and is awaiting trial on charges stemming from the incident.

Swigger was on his way to work when his car was cut off by an unnamed male driver in his fifties in the passing line. Swigger then became aggressive, honking at the other driver and following him. Eventually Swigger passed the older man, pulled in front of him and then forced him to stop on the side of the road.

Things escalated even further as Swigger got out of his car, pulled a gun, and began walking towards the older man’s car while yelling at him to get out. Afraid for his life, the man did not comply, even when Swigger protested that he was a police officer. The off duty cop then pulled the man out of his car and began to bash him against the car, eventually dragging him like a middle-aged mannequin around to the back of the car for further abuse. This was all happening during rush hour traffic and luckily, other motorists and spectators were able to call for help before any more damage could be inflicted.

The California Highway Patrol was the agency that initially responded to the 911 complaints regarding Swigger and their investigation led to his arrest on Friday. He has since been set free on $50k bail and will appear in late March in court for arraignment on the two charges.