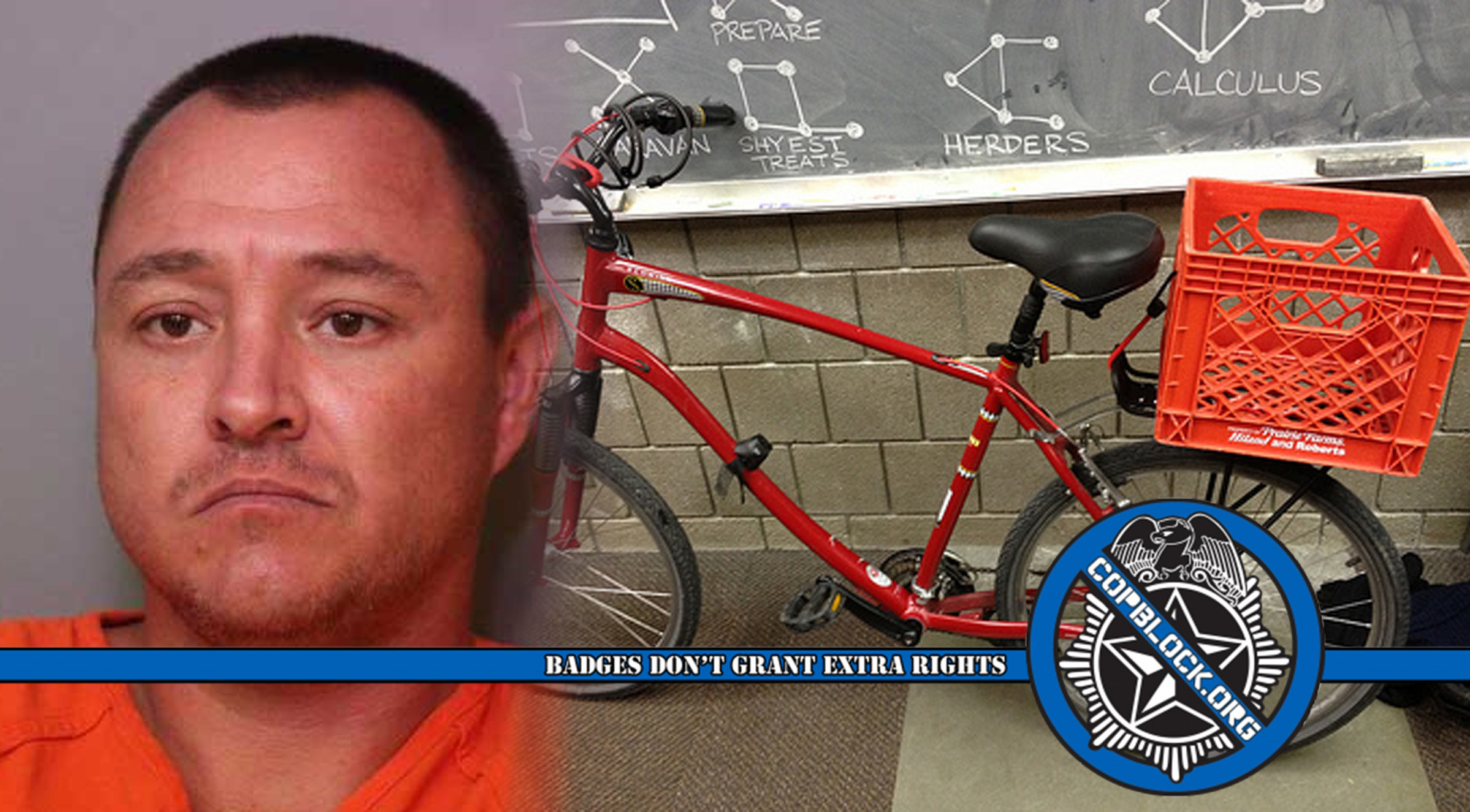 An Auburndale, Florida man was arrested Thursday night by a Polk County sheriff’s deputy after he was spied with a milk crate attached to his BMX bicycle.

According to reports, Timothy Troller and another man were stopped at around 10 p.m. when a deputy saw that the crate was clearly marked with the name “Sunshine State Dairy Farms” on its sides.

Troller claimed that he had found the crate abandoned on the side of the road and strapped it to his bike to carry things. The deputy wasn’t sympathetic to his story and charged him with Possession of Dairy Crate and dragged him off to the slammer.

Polk County sheriff’s office spokesperson Carrie Horstman made it clear that police are not going to tolerate anyone in possession of a milk crate – no matter how innocuous or speculative the possession might be.

“You’re possessing something that is stolen from a business, whether it’s as small as a milk crate, or a shopping cart,” Horstman said. “He was charged with possessing stolen property. He may pay a fine or spend a few days in jail.”

Troller was scheduled to make his first appearance in court for his charge on Friday. It is unclear what occurred, if he was allowed to be released from jail or if he made bail.

His grandfather, Edward Hale, admits that Troller has a criminal record but said he didn’t agree with the arrest maintaining that, “[Troller] didn’t know it was against the law, or he wouldn’t have put it on the front of the bicycle and rode up and down the road.”

“Wait until he does something wrong. That’s the way I feel about it,” Hale added. “It’s silly to me, and besides if it was [illegal], it shouldn’t be enough to carry you to jail.”